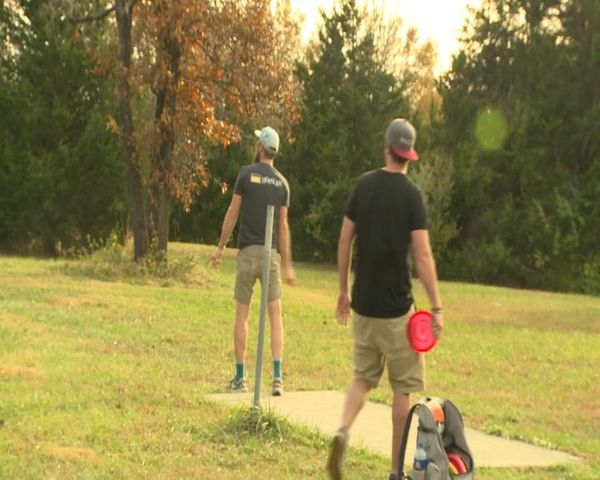 COLUMBIA - Columbia Parks and Recreation will spend $100,000 on park improvements and sign replacements after the majority of signs for the disc golf course have been stolen.

Disc golfer, Manning Weiss, said that he would like to see two improvements to the course.

"More trash cans definitely would be better, and help with the litter. Out here I know the signs get stolen a lot and if they could maybe do something to I dont' know make it better and keep signs on the course," Weiss said.

The signs instruct disc golfers in many different ways.

"They are the signs that show the par and where you need to throw your discs. The next tee and hole placements stuff like that," Weiss said.

Columbia Parks and Recreation Planner Ryan Atkinson said this project will try to keep the signs in the park.

"Signs are on our list for infrastructure improvements for the disc golf course. As well as a way to make them a little more sturdy," Atkinson said.

He also said this course is the only one where they have a sign theft problem.

The money will also go to other improvements from the park.

"There are a couple playgrounds out there, one of which needs some improvements with drainage and a border to keep all the mulch in one place, as well as fix some washouts. The other playground is getting replaced with a two to five year old age playground," Atkinson said.

Columbia Parks and Rec hosted a public input meeting Thursday at 5 p.m. at the ARC to discuss the improvements; however, no one arrived in the first half hour.