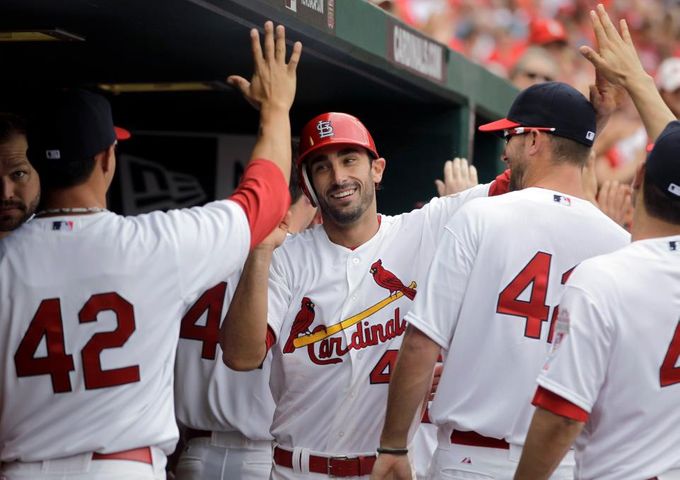 The 30 year old Motte has not pitched since late March because of a strained elbow. Last year, Motte saved a career high 42 games. If he has surgery, Motte will join Chris Carpenter and Rafael Furcal as Cardinals who will not play at all this season.

Today in St. Louis, the Birds took on the Cincinatti Reds, with Homer Bailey starting. Into the bottom of the 5th with 2 outs, Jon Jay nailed a home run to center to put the Cardinals up 1-0. In the same inning, Matt Holliday hit a double to left, allowing Matt Carpenter to make it 2-0 St. Louis. Carlos Beltran batted next and hit a home run to right. Holliday scored, and Cards were up 4-0 in a 2-out rally.

Moving to the bottom of the 6th, Matt Adams got the start at first base. He slammed a 420-foot home run to center, making his 2nd home run in two games. Matt Carpenter came to bat later in the inning (with no batting gloves)... and another home run to center field. Pete Kozma scores and the Cards lead 8-0.