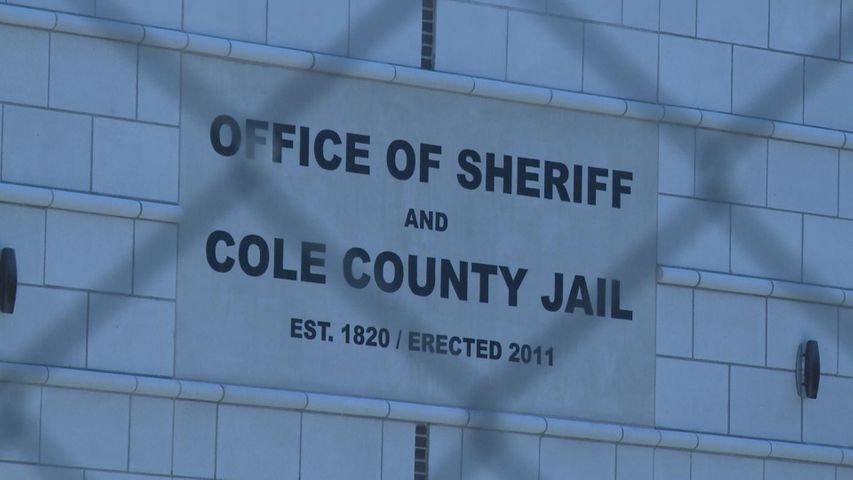 COLE COUNTY - Three inmates filed a $100 million lawsuit against the Cole County Sheriff's Department claiming to have their basic human rights violated while detained in the Cole County Detention Center.

The suit alleges inmates serving sentences are limited to a single set of clothing and undergarments. The lawsuit said this forces both male and female inmates to be naked in their cells for "at least seven hours if they wish to have clean clothing."

Sleeping conditions are also being called into question by the lawsuit. Plaintiff Simmons claims that between April 2015 and July 2015, his sheet and blanket were only replaced twice.

Plaintiffs are claiming a repeated violation of the 14th Amendment and 8th Amendment. According to the lawsuit, inmates wanting to have clean clothing are being forced to violate the rules of the Cole County Detention Center.

The lawsuit lists Sheriff Greg White and Chief Deputy John Wheeler as defendants. White is the current sheriff of Cole County. Wheeler is the deputy sheriff and plans to run for Cole County Sheriff in 2016.

"The contention here is people were required to be naked for long periods of time and that's not true. Every inmate is given a set of under clothing and outer clothing and they don't have to turn them in to be laundered at the same time. The clothes are laundered at night and so do they have to give up one or the other for a few hours at times, yes, but they don't have to do both at the same time. Also, inmates can buy their own laundered sets of clothing if they want to." As for sleeping - could inmates sleep naked? Yes, but they are not required to. My experience in dealing with these types of things is inmates are always unhappy about something. You can never make them all happy. Cole County has a fairly new facility and I've heard of no instances of cleanliness issue. Cole County jail staff is very attentive to the cleanliness of the facility because they also work there. It doesn't sound to me like this [lawsuit] has any merit."

The judge denied the restraining order in a hearing held Friday. A hearing in front of a federal judge is set for August 14 for the injunction.

Editor's note: This story has been updated to correct John Wheeler's position.