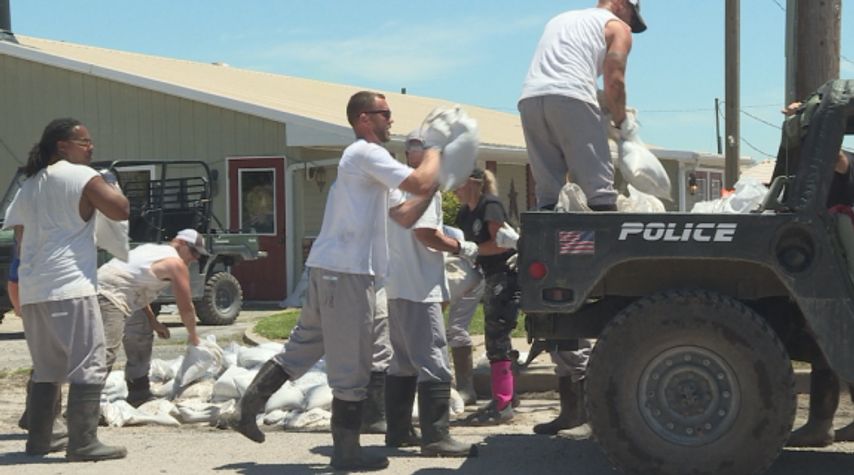 BRUNSWICK - Flooding affected nearly 100 homes over the past few weeks. Now officials are giving residents advice about how to deal with damage.
Brunswick Police Chief Kenny Clark said he believes about 80 homes in town sustained damage. He said damaged houses have been tagged, but their owners will have to take steps before being able to move back in.
"Per FEMA guidelines they have to contact the city to schedule an appointment to have the house inspected," Clark said. "They'll make a determination at that time the extent of the damage."
The city was working to start the cleanup process on Saturday. Volunteers began collecting contaminated sandbags and debris the floodwaters washed into town.
Some of those volunteers were inmates at Moberly Correctional Center. They have been helping since flooding started a few weeks ago, Clark said.
"As the water has been receding the inmate crew has been doing shoveling and scooping and removing any contaminated mud, dirt, items that floated off with the water," Clark said.
Even though floodwaters are dropping, many roads, including parts of Highway 24, are still covered with water and closed to traffic. Clark said crews are still working to pump floodwaters out of the hardest hit sections of town.
"Right now the river is still in flood stage," Clark said. "We will continue to do pumping to try to remove the water out of the west end of town."
Clark said the west end still had around two feet of standing water as of Saturday afternoon.