Inside Auburn: The War Eagle Tradition 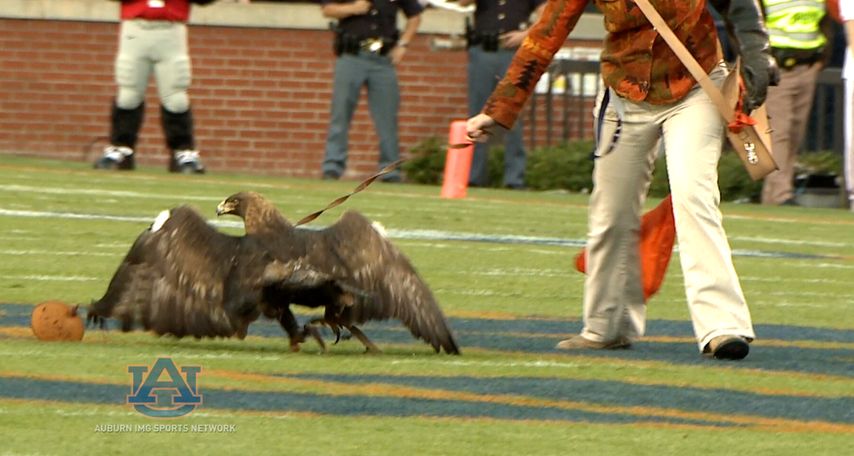 AUBURN - This week we took a look at Auburn, the city, the school, and one of its most famous traditions that almost goes back to the Civil War and can be summed up in two simple words.

Nova is one of the current War Eagles for Auburn, a role he shares with a Bald Eagle named Spirit. Born in capitivity, Nova is now 13 years old and he takes turns with Spirit flying around the stadium before kickoff.

There are many version on how the legend started, but the trainers at Auburn's Raptor Rehabilitation Center says there's one that has the most support.

"War Eagle I happened in 1892 when there was an eagle accompanying Civil War veteran at a football game," Marianne Hudson, Assistant Director of Raptor Training said. "At that particular game, the eagle broke free from his grasp and started to soar around the field causing the crowd to shout, ‘look it's the war eagle, the war eagle'. All that screaming and yelling got our team excited and ending in our victory so ever since then, we've had an eagle associated, off and on, with Auburn University."

"It gives me chills every time," Allie Plemons, an Auburn student said. "It's just cool to see, because there's two different ones, and it's just so exciting to see it hit the field and everybody get so excited."

The Raptor Center says it's random which eagle they pick for to fly around the stadium for games.

"We decide which bird we're going to fly based on how their acting that day and also we like to give each of the birds a chance to fly before the game," Hudson said.

The Raptor Center says it trains the birds in increasing distances, and then they do thousands of training runs each season.