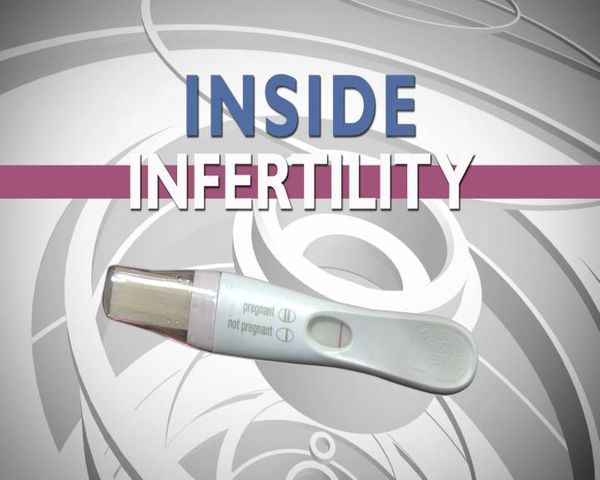 COLUMBIA- November is National Adoption Month. While lots of families choose to adopt who do not face infertility, it is also another way for a couple who can not have a child to grow their family.

"Having kids has always been something that's been exciting," Allison Bartkoski said. "I've been planning for forever, but in that second year we figured out pretty quickly that it just wasn't happening."

Allison and her husband Scott Bartkoski went through tests and fertility treatments. None of their doctors could quite figure out what was wrong, but having a child wasn't working the way they had planned, so they decided to change the plan.

"I just said I'm done. We could keep doing this. This could go on to IVF. We could try everything, but we were to the point where we wanted a family and it really didn't matter if it was our DNA. We just wanted a family," Bartkoski said of their decision to adopt.

"My mom loaned us some money. We had to dip into savings. There were lots of things we had to do. We relied on the adoption tax credits, we found that really important," Bartkoski said.

Creating a Family, a national non-profit that aims to educate people on adoption, estimates domestic adoptions of babies cost on average a little more than $30,000. International adoptions average almost $45,000. The least expensive type of adoption option is usually a public adoption through the foster care system which costs an average of just $2,200.

Janeene Johnston with Lutheran Family and Children's Services in Columbia says most families she works with pay anywhere from $20,000 to $25,000.

"It's wonderful to go from seeing a family who comes in to you who's wanted a child for a number of years and then have them be selected by birth parents, and then have thier child placed with them," Johnston said.

The Columbia LFCS office typically facilitates about a dozen domestic adoptions a year. For the Bartkoskis, the process took about a year and a half and at times was a little stressful.

"When you start the adoption process you have to make so many decisions about what you're ok with and what you're not, and we at first got scared. Whenever his birth was approaching I was just so afraid that they were going to decide to parent, and I was so afraid I was going to lose a piece of my heart, and that happens," Bartkoski said.

While there are still days when she wishes she could have experienced pregnancy, when Bartkoski sees her son Thomas, she wouldn't change it, and the couple is now in the process of trying to adopt thier second child.