Insurance counselors look to the future of health insurance 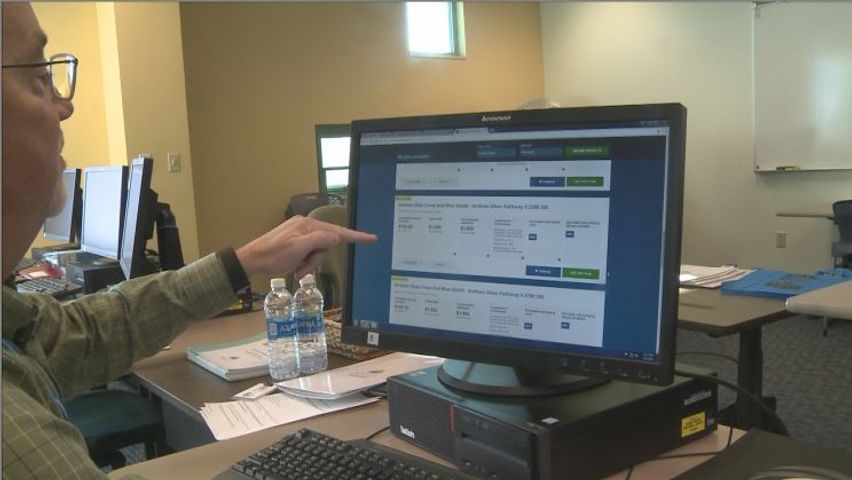 COLUMBIA - Insurance counselors were at the Daniel Boone Regional Library helping people enroll in health insurance plans with the Affordable Care Act on Saturday. However, with GOP control in congress and the oval office, ObamaCare could be repealed and replaced.

Under #Obamacare, 36% of counties in America have only one choice for health insurance. That's not a choice. That's a monopoly. pic.twitter.com/1cVx9q3xOy

The Democrats, lead by head clown Chuck Schumer, know how bad ObamaCare is and what a mess they are in. Instead of working to fix it, they..

...do the typical political thing and BLAME. The fact is ObamaCare was a lie from the beginning."Keep you doctor, keep your plan!" It is....

...time for Republicans & Democrats to get together and come up with a healthcare plan that really works - much less expensive & FAR BETTER!

"For individuals who can enroll and get insurance during 2017, they’ll have coverage through December 31st of 2017. And by that time there may be more information available about what’s happening in 2018 or 2019 if indeed a repeal and replace occurs,” Rodgers said.

He said 2017 plans in central Missouri only include Anthem Blue Cross Blue Shield, which limits which providers patients can see.

"In the future if there were more insurers available here in Missouri it could increase their opportunities to get their medical care at facilities of their choice,” Rodgers said.

One man, who re-enrolled in health insurance today, said ObamaCare works for him.

"It's the first time I've had health care since I was a teenager. It's been good," Patrick Kopine said. "I just hope I can keep having affordable health insurance."