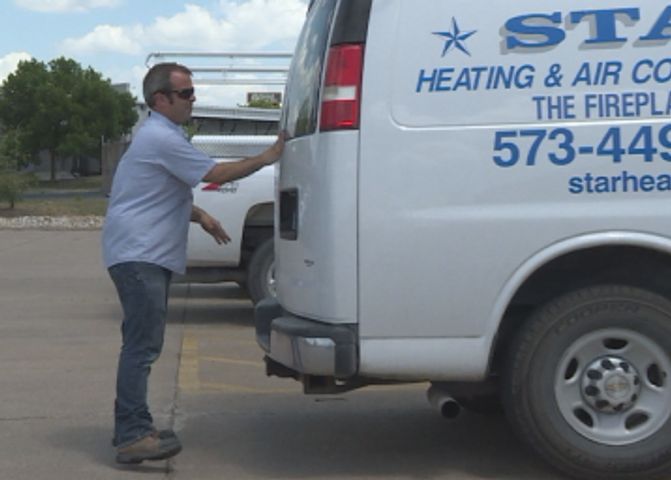 Craig Nieder, who manages a local heating and cooling store and repair service, said overtime for workers is necessary at this time of year.

"The guys pretty much run full-time on the weekends," he said.

"We typically have one person on call, and we'll have other people helping him out to make it all happen," he said.

Missouri experienced its hottest May on record this year by average statewide temperature. The heat advisory started on Friday and was extended to Tuesday.

The trend of high heat and humidity has Nieder's company spread thin.

"We have a lot of service guys," he said. "But they're scheduled out so far because there's only so much we can do."

KOMU 8 weathercaster Tim Schmidt said early summer weather patterns can preview what is in store for the rest of the season.

A heat advisory is issued when there is a max heat index of 105 degrees for one day, or more than 100 degrees for four days.

Nieder said the sudden heat is one of the causes for an increase in the demand for repairs.

"We never had a ramp up to summer," he said. "It was snowing one Sunday, then the next thing you know it's 85 degrees and then in the 90s."

There are eight cooling centers located in Boone County for people who need to find shelter from the heat.