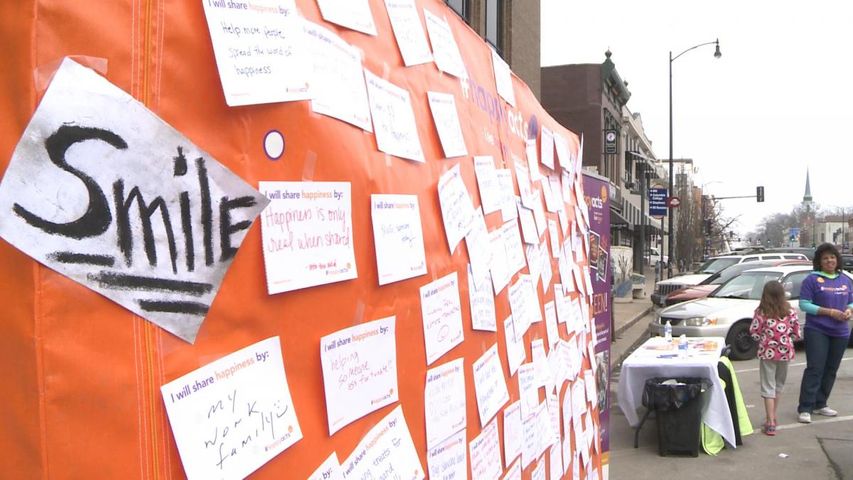 COLUMBIA - While Missouri may be ranked one of the lowest states in terms of total happiness per state, that didn't stop people from trying to spread the good feelings on International Happiness Day.

LiveHappy took to the streets of the city to engage people to be happier on Friday.

Amanda Quick, a self-proclaimed ambassador of happiness, was working here in Columbia on the happiness wall, a place where people can post things they will do to spread happiness.

"We're just trying to get people thinking about happiness...we've had people say they will smile at a stranger, we've had little kids say they will clean their room," Quick said. "Some people even said they would buy people lunch."

While people can't be happy all the time, some people just seem to be in a better mood more often.

"People who are identical twins have the same genes, and it's been shown that their overall happiness tends to be highly correlated, so at least part of our happiness is in our genetic makeup," Hackley said. "Some people, no matter how hard life is, they tend to come away with a good sense."

But for some people, happiness just a product of what they like to do.

"I play in a band called Dub-Nub, and I play ukulele and sing and my sister plays with me and sings and plays guitar. We get do book shows and play and I'm just really happy right now."