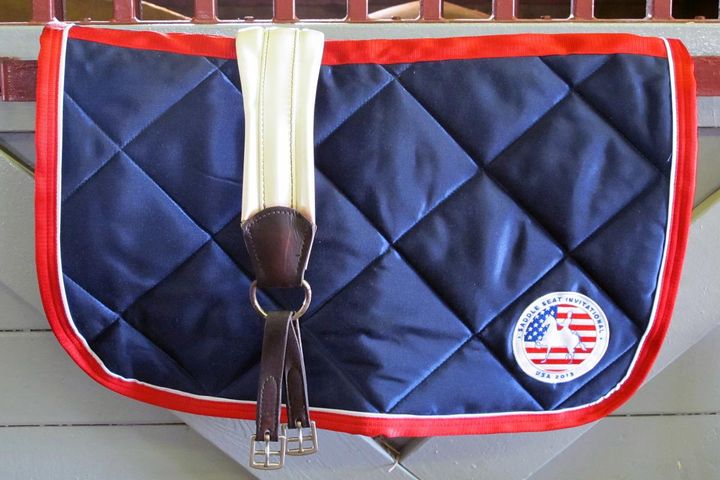 A couple months ago Coverage From Callaway did a story on the transition of former William Woods Saddle Seat Instructor Gayle Lampe handing over the reigns of the program to Sarah Track. To view the story click here.

This competition helped her goal by bringing in people from all over.

"I hope that once these people come from across the United States, Canada and South Africa they will see how neat William Woods is. I bet not all of these people have heard about us and by getting them to come here we will get to show them what we're about and our area of the country. Hopefully they'll enjoy themselves and go home and tell their friends about our area and our program" said Track.

The competition was judged by two American judges, including former William Woods Saddle Seat Instructor Gayle Lampey, and one judge from South Africa.

George Borcherds of South Africa was excited for the opportunity to be in Missouri, "It's exciting to be here to judge a competition. There are people from my country here and some from Canada and the US. It is a little smaller here than home but it's enjoyable to be learning about this side of the world. It's a dream to be able to judge a competition in another country."

One of the main reasons William Woods was able to host this competition was because of the amount of horses that the program has trained in the two events, three gaited and five gaited, and the availability of the horses. Competitions like the one over the weekend, do not allow the riders to bring their own horses, therefore the riders have never rode on the horses until the weekend of the event. Riders draw names of horses and are then paired with that horse for the competition.

"Our horses are appropriate for this competition. We did have to bring in 4 other horses for the three gaited competition but we were able to use all of our donated school horses. Horses that were donated to the school for our classes and our program. How cool is that to have all of our horses in a competition like this," Track said.

Not only did this event bring interest to William Woods equestrian program, it also brought interest and business to Fulton. On the first night of competition Bek's restaurant in the Brick District of Fulton hosted dinner for the riders. Bek's general manager, Tessa Pruitt says it's a great opportunity for their restaurant,

"It's awesome for us to bring all of these riders in to feed them and have them here. In Fulton there are not a lot of restaurants to chose from so when an opportunity comes up like this we jump on it. We have been working with the group to make a menu they will enjoy and to give them a good experience for dinner in Fulton. We hope that by providing a good meal and experience some of these people will want to return to our restaurant and to Fulton."

After the competition was said and done Track hopes that the USEF will want to have another competition in Fulton again.

"It provides us with great exposure and we have fun showing them what we're about and how neat William Woods is. Not everybody knows us but once they get here they see how neat it is and think 'Oh Wow' ," Track said.

The winners of the competition were announced Saturday night by special guest USEF president, Chrystine Tauber.

The results are as follows: