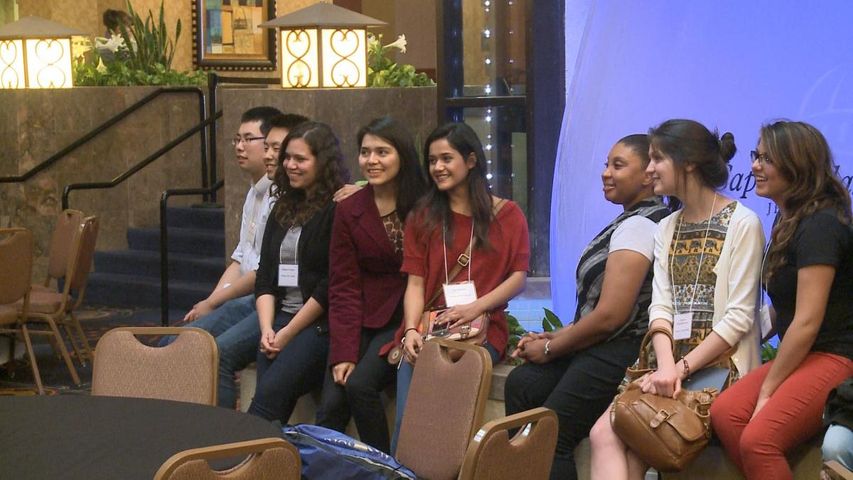 JEFFERSON CITY- Hundreds of international students met at the Capitol Tuesday to celebrate International Education Day. The purpose was to expose students to Missouri's legislative process and emphasize cultural exchange.

Students from other nations said cultural differences between countries were one of the most difficult obstacles to overcome while studying in the United States.

"I would say the culture differences and the language barrier, because most international students have English as their second language," said Miu Sutton, from Thailand.

Rashed Alhajri, from Saudi Arabia, said the classroom setting in the United States is different from his home country.

"In here, in the class, it's both women and men in the same class," Alhajri said. "But in my country, no. All of the class is men and the teachers are men."

He said it was hard to adjust at first, but with time he has become used to the change.

"Right now it's been great," Alhajri said. "I have been here one year and a half in the United States and everything has changed."

The University of Missouri saw a 10 percent increase in international enrollment last fall to bring the school's total to 2,323, the highest in school history.

Sutton and Alhajri said they heard about studying in Missouri through word-of-mouth, which is growing as international enrollment grows.