International students studying in the U.S. concerned about political climate 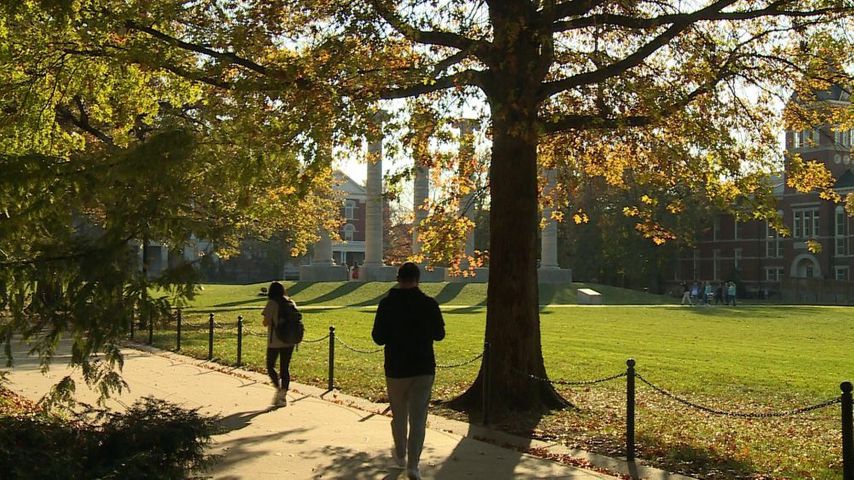 COLUMBIA - MU, along with other colleges and universities across the country, has seen an increase in international student enrollment.

The total number of international students in the U.S. officially topped one million this year, according to data released today by the Insititue of International Education.

Between 2011 and 2015, MU saw a 29 percent increase in international students, according to the university.

Some of those students share similar concerns as domestic students regarding the political climate of the country, particularly the rhetoric of President-Elect Donald Trump.

KOMU 8 previously reported on an anti-Trump demonstration on MU's campus.

"In Australia, the political parties aren't probably as extreme. They're quite moderate. Obviously here in American people are very passionate about their politics," said Peter Di Stefano, an exchange student from La Trobe University in Melbourne.

He said he was surprised that one political party, the Republican party, will control the House, Senate, and White House. He said he was not very concerned about the election when he came to the United States this summer, and he thought Hillary Clinton was going to win.

"There are certain things now that people could be worried about whether they get passed through the legislation," Di Stefano said.

He also said many issues that domestic students worry about, like discrimination based on race and sexual orientation, are concerns for international students, too.

Trump's website outlines his potential immigration policies, some of which could affect foreign students studying here on visas, depending on their home country. However, Trump has not made any official comment about international students.