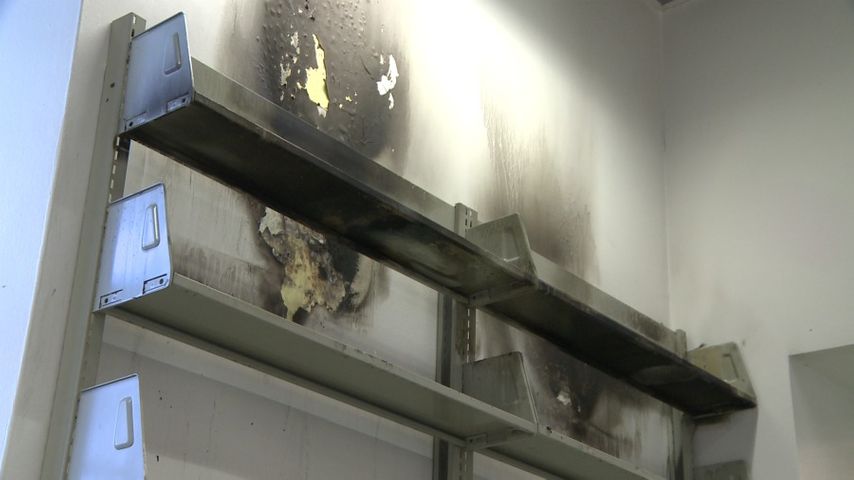 The fire mainly damaged the front portion of the library used for general circulation, books on loan from other libraries and reserved books. MU Libraries Communication Officer Shannon Cary said MU is lucky the fire did not damage the stacks.

MU originally estimated the fire and water from the sprinklers damaged about three dozen books, but Basi said the number of damaged books actually turned out to be larger than that. The library is storing between 70 and 80 water-damaged books are  in a freezer to prevent them from growing mold. The inch of water remaining after the library sprinklers went off also left the floor in the front area of the library damaged.

As smoke from the fire still lingers, fans are set up all throughout the library to help air and dehumidify the area.

A crew from Servepro Industries, Inc. has been working about ten hours each day since the fire to get the library ready for students to use Tuesday morning. They say most of the cleanup is done and the crew is basically dusting the library.

Many students said they were shocked to see the library was still closed Monday afternoon after an update from the MU Alert Online Emergency Information Center led them to believe the library would only be closed through Sunday.

MU Police made an arrest Sunday in connection to the fire.

Basi said the firefighters put out the blaze relatively quickly. No one was injured in the fire.

The library will re-open on Tuesday morning.