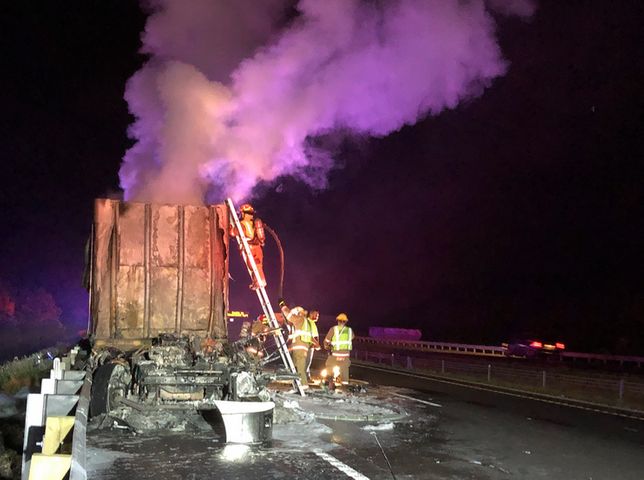 It caused major backups during the morning commute.

Authorities say a Walgreens semi-truck rear-ended another semi for unknown reasons after 1 a.m. a mile from exit 117 going west.

When crews arrived at the scene, they found a semi fully engulfed. Only one lane of I-70 was closed, but traffic was slow near the accident.

One driver is in the hospital with unknown injuries. The other driver was not taken to the hospital.

(Editor's note: This story will be updated with the latest information.)