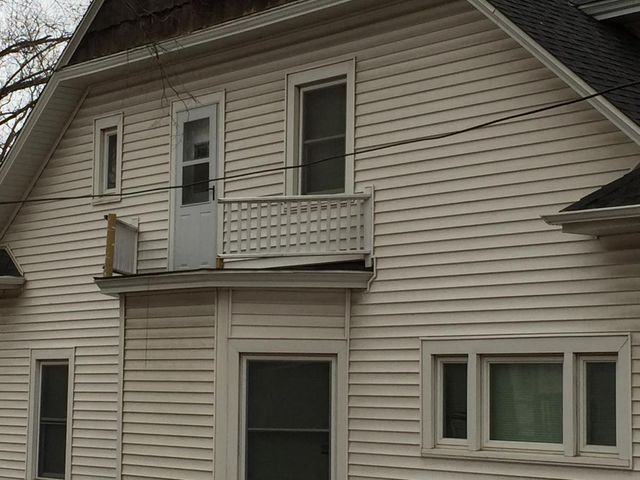 COLUMBIA - Investigators are looking for witnesses Tuesday after a man fell from a two-story balcony over the weekend.

Rescue crews were called to the scene around 2:30 a.m. Saturday on the 500 block of South Fourth Street after 19-year-old Jack Lipp fell off a balcony at a party.

About 100 people fled the scene upon officer's arrival leaving investigators with little clarification as to what happened to cause the fall. One section of balcony is now gone.

Neighbor James Callahan said he was asleep at the time of the accident but had been awoken by the noise next door earlier in the night.

"I heard glass shatter so that's the first thing," he said. "I walked downstairs and went outside to make sure no damage had been done to our house and I just noticed a couple people out front, one guy was crying into the tree...he was definitely drunk, the other guy was just yelling because he was so excited, and he looked at me and invited me to come to the party."

Anyone with information about the accident or who was present at the party is asked to contact Detective Julie Ray at 573-874-7610.