iPads make appearances in dugouts across the country 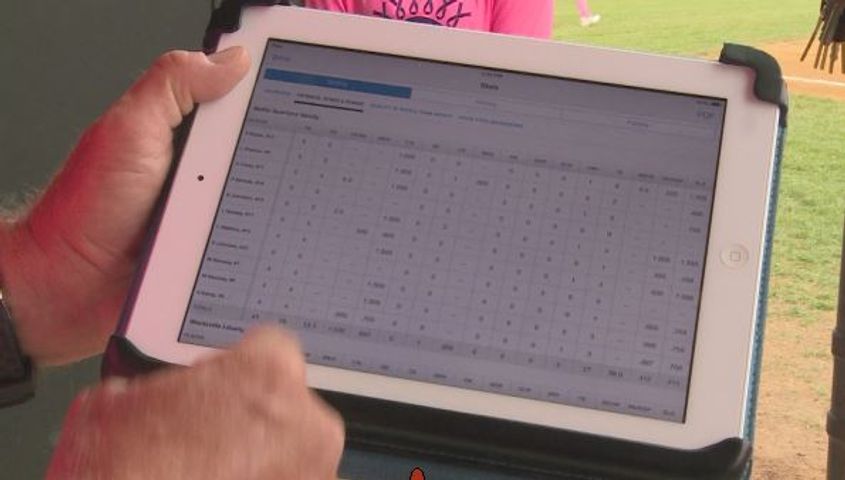 COLUMBIA - Major League Baseball recently approved the use of iPads in dugouts this season, but high school softball and baseball teams across the country have been using them for years.

The MLB announced teams would be able to use iPads in the dugouts late this September, but this did not come without limitations.  Teams are not allowed to connect to Wi-FI during the game, meaning they must download everything before the start of the game.

The St. Louis Cardinals baseball team was among the first teams to start using the mobile devices for statistics and scouting information.

"We've been using them for three years.  They help a lot, but they won't change the game as much as people think they will."

His assistant coach, Kelsey Nietezel, said it makes her job in the dugout a lot easier.

"I can give the coach a lot more detailed stats at the end of the game.  I also don't have to sit there doing a bunch of math afterwards so we get the information we need quicker."

The applications Henderson's team uses on the iPad keep stats and allow the team to take video during practice to help him analyze what his team needs to work on.

"I can see how many first strike pitches my girls are taking, but I can also record their swings at practice and come back and say, 'Okay, here's how we're going to make it better.'"

Henderson said he thinks the software for dugout iPads will continue to grow and help develop the game.