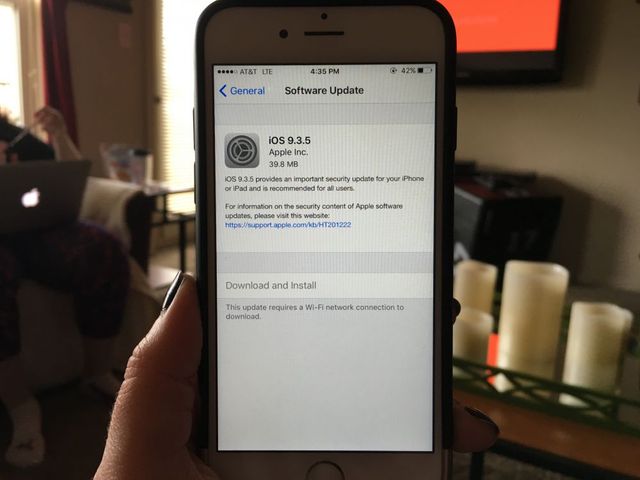 COLUMBIA – iPhone and iPad users beware: Apple has announced a new security update after finding out hackers have taken advantage of flaws in its products.

According to the New York Times, investigators found that a company called the NSO Group has been using these security vulnerabilities to access personal information from Apple users.

The company uses software to read text messages and emails, collect passwords and track location of iPhones and iPads.

Columbia resident Ashley Green said she was a victim to hackers this week.

Green said she received an email that looked like it was from iCloud that said it had found her lost iPhone. She lost a phone recently, so she clicked on the link. She then logged in with her username and password, but the link did not take her to a map.

After calling Apple support and talking to a representative, she realized the email was a fake.

“Everything looks so good on the email, it looks so real, so authentic and so legitimate that it’s difficult to notice it’s a hacker,” Green said.

Even after changing her passwords and installing the new Apple update, Green still said she feels uneasy.

“It’s just very scary that people so far away can tap into your device or into your accounts, and you have no idea what’s going on,” Green said.

Regional Director of the Mid-Missouri Better Business Bureau Sean Spence said these kinds of hacks are not uncommon.

“We see this kind of thing all the time, and all over the country,” Spence said.

He said the bureau advises people to only click on links sent from sources they know.

“One of the most important pieces of advice that we give people is to not click on any link in an email that is not from somebody with whom you are 100 percent secure,” Spence said. “The most important thing is, if you’re having an issue with your computer, call somebody that you know who they are to service it.”

Though iPhone and iPad users can download the upgrade, Spence urged people to stay on alert.