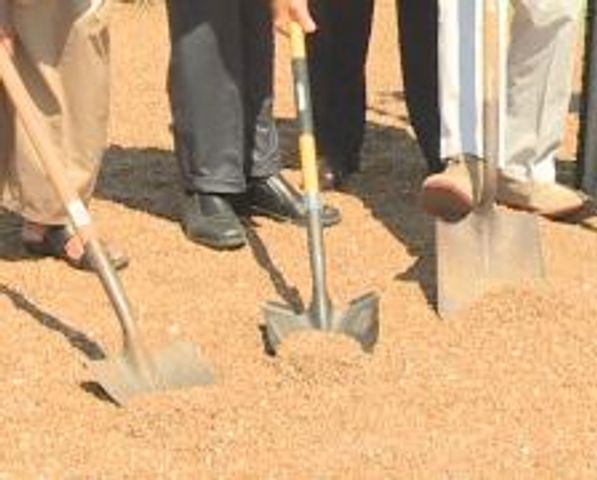 COLUMBIA - The Islamic Center of Central Missouri hosted a groundbreaking ceremony for the "Community Center and School Project" Friday.

Members of the Friday prayer at the center as well as Mayor Bob McDavid attended the ceremony. Project Chair Dr. Rashed Nizam said the purpose of the ceremony was to bring the community together.

"I give the sermon to bring all of us together, and we console each other if there is any misunderstanding," Nizam said.

Nizam said the project is not just for the Muslim community.

"This will be a place for education, and it is open to everyone," Nizam said. "We'll have a clinic there and the clinic will have many qualified physicians in our community. We can hold this clinic for everyone, the insured and uninsured, anyone can come and benefit from it."

Nizam said the new 15,000 square foot building behind the center will include a kitchen, gym, elementary school classrooms, health clinic and library.

"The school operated primarily in a double-wide mobile home, which was thought of as having temporary classrooms in the public school system, and in crammed quarters in buildings that were 40 years old," McNutt said. "The community had decided to come into the 21st century with its educational facility, not only to serve what it had as a student population but to have room for that to grow."

Nizam said he was very pleased after the ceremony.

McNutt said the project has an estimated cost in the $2 million range. Construction is scheduled to begin next week and is expected to be completed in one year.