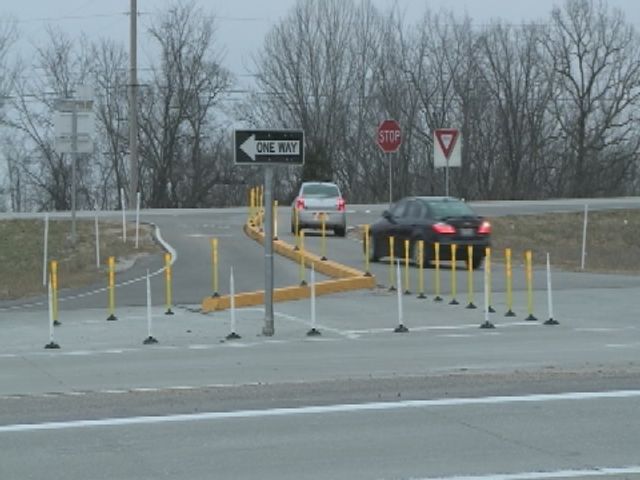 Resident Kim Loehr owns a business named Interior Motifs on the west end of Osage Beach Parkway for almost 20 years. Loehr said she lost the driving-by traffic after the opening of the new U.S. Highway 54.

"I would like to concentrate our efforts on the west part of the city limits of Osage Beach. I think we have an obligation to property owners and residents of this area to see revitalized what we've seen diminished. I think it's a responsibility," Loehr said.

The value of the property of the west end of the parkway has significantly changed, according to Mark Beeler. One of his properties, Osage Beach Inn, also located on the parkway, decreased more than half of its original value.

"On the east side of Osage beach Parkway, it wouldn't be uncommon to have vacant ground to have a market value... let's say $12-15 a square foot. Now over here, we're about $2 a square foot, so that's been a significant change," Beeler said.

"There's so much potential here and we just need someone to see it," Loehr said.

Several members on the Board of Aldermen have voiced their concerns about not funding any future Mo-DOT projects. The outer road was built to bring west incoming traffic onto the Parkway. It would cost $4.2 million and the city would have to pay a third of the cost.

"The city doesn't have the funds to come up with 50 percent of that.That's an issue with the business owners if they're willing to wait until MoDOT steps up to cover the full cost. They created the problem and they need to fix it," Alderman John Olivarri said.

The aldermen do not want to take any funds from the city unless MoDOT funds the construction in order for any change to occur on the interchange or construction of the outer road.