"It's been unreal:" Tipton supports couple that lost everything in fire 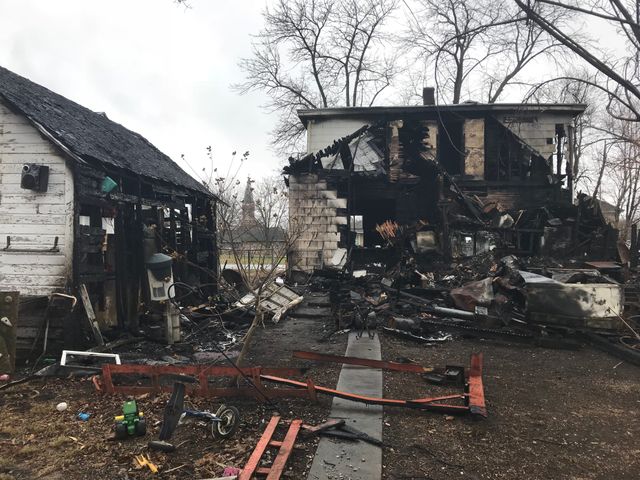 TIPTON - A family is trying to recover after losing everything in a house fire, and with help from the Tipton community, they are starting to move forward.

A fire destroyed Matthew and Rita Fields' house on West Morgan Street earlier this month. They said firefighters cannot figure out what caused the fire because of the damage.

Since then, family, friends and strangers have stepped up to help them out, holding a fundraiser and collecting donations. The Fields said they are thankful for their community's support in their time of need.

“It’s been unreal how much this community has jumped in to help us," Rita said. "Sometimes, you don't realize how much the community thinks of you until something bad happens. It's just amazing how much people care."

Matthew said he is immensely overwhelmed as people bring them everyday items including food, toiletries, clothes and even money.

"Things you don't really think about on an everyday basis, but when it's not there at all, you're stuck."

Matthew said he will go back to work Monday after dealing with complications from smoke inhalation. He went in and out of the house three times while it was on fire, searching for his wife to make sure she got out.

"I had smoke inhalation pretty bad, and I'm still recovering from that. Still coughing a little, but I'm going to move forward," Matthew said.

They said they also are thankful to be alive because their possessions are replaceable, but they are not.

“We got our best Christmas present ever. We’ve still got each other,” Matthew said.