It's Tough to Keep up New Year's Resolutions 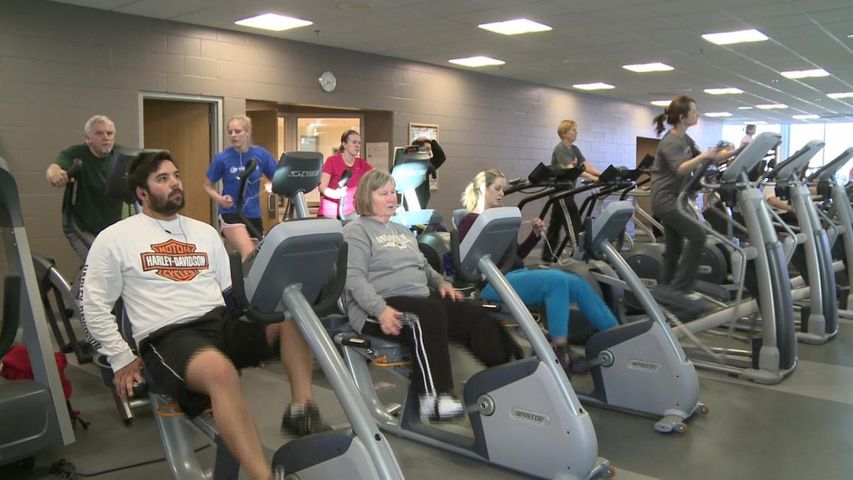 COLUMBIA - The parking lot at Columbia's ARC was packed on Monday.  At Wilson's Fitness on Rangeline, Catina Topash said Monday was the busiest day in terms of membership since the location opened in October 2010.  It's the day after New Year's and that means it's start day for New Year's resolutions.

Sherry Moreau's New Year's resolution is to get in shape.  She's made this her goal for the past 20 years and she's hoping 20 is her lucky number.  She said trying to stick with her resolution has gotten harder as she's gotten older.

"After the first day at the gym, then I hurt, and it's hard to come back. And sometimes I don't make it back. But usually it goes for a while before I give up on it. Hopefully this year it will stick a little longer."

The survey found that 38 percent of people who made resolutions made them about weight.  Topash said January is a big month at Wilson's Fitness.  She said come February, the level of people coming in and out of its doors declines.

She thinks there are a couple major problems that deter people from succeeding in their fitness New Year's resolution. She said the first problem is people need something to make them accountable.

"People think the membership card alone is going to keep them committed and it's not," said Topash.

She said some people have their own internal drive that motivates them to continue returning to the gym. She said most people need an extra push.  That extra push could be going to the gym with a friend or spouse, doing group fitness classes or working with a personal trainer.

"The people that tend to stay longer are the people that get involved in those sorts of things rather than the ones that come in day in day out, get on the treadmill and leave. They get very bored, which I would too, and they kind of drop off February, March sometime," said Topash.

The second problem that she sees is people's unrealistic expectations for themselves and their goals.  She said new members will walk in with the goal of losing 30 pounds.  She said in their minds they're going to spend three hours every single day at the gym.  When they don't see the results of their work immediately, they get frustrated and drop off their regiment.  She said it takes a lot to get to your goal and most goals are long term.  She said people only lose 1.5-2 pounds a week with diet and exercise.

She said people need to make getting in shape an integral part of their schedule and that will help lead to success.