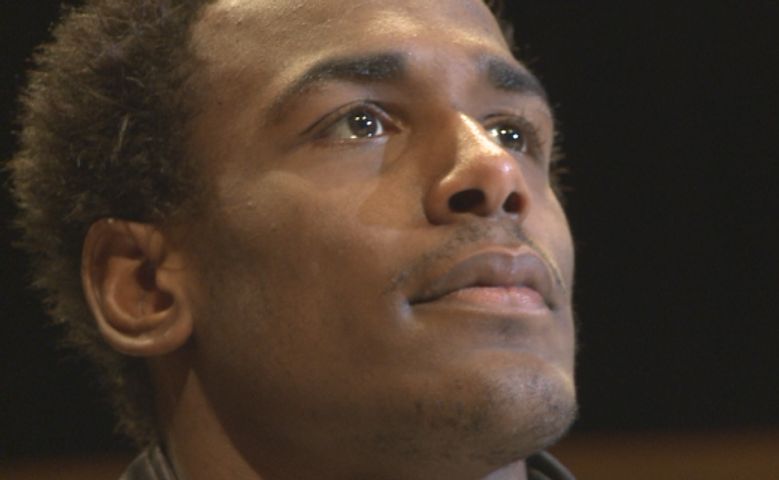 COLUMBIA - J'den Cox's story at Missouri has been one of success and countless accolades.

From a bronze medal in Rio during the 2016 Summer Olympic games, to a NCAA National Title, Cox's success garnered a large spotlight.

However, before the games in Rio, Cox said he doesn't want the limelight, but if it's going to be there, he'd take it.

The limelight was on him one last time at the Hearnes Center Sunday Feb. 12 as (7) Missouri took on (19) Northern Iowa.

The public address announcer read off Cox's career achievements under a thunderous applause from his fans as Cox walked with his mother and father out for the final time. He embraced with his head coach, Brian Smith, and looked to the crowd with watery eyes.

"This was a big moment. I wanted this win," Cox said.

Unfortunately for Cox, his team around him crumbled under pressure as Missouri dug a 12-3 hole early. Problems continued in the 149-pound weight class as (2) Lavion Mayes suffered a 7-2 defeat to (8) Max Thomsen. Then, just minutes later the crowd went silent as (4) Daniel Lewis was pinned in the first round by (10) Bryce Steiert outing the Tigers out of reach.

"But I just didn't feel any fight, and that hurt for me as a person, as a teammate. When these guys look back on this they can say what they want, but they're not going to change my mind on that," Cox said.

Missouri Wrestling Head Coach Brian Smith said, "These games are never fun. You get your a** whooped it's never fun especially when you have a good program and expect to put trophies in the trophy case and win battles like that."

With his team down 25-5 before Cox could even step on the mat, he didn't care anymore. He was only focused on dominating like he had for four years under these lights.

"It just kind of hurt. I just uh....I just really wanted this win," Cox said with tears welling in his eyes.

Cox fired out of the gate with a take down followed by two no falls. Ironically, the some of the lights overhead the met shining down on the wrestlers went out, but it didn't matter. That's when Cox shined brightest.

Cox won his match in the 197-pound weight class over Jacob Holschlag on a technical fall. Right after the final whistle he smiled, raised his arm to the crowd and ran to his uncle. They hugged, and the emotion poured out.

"I'm hurting man. I can't say it enough how bad I wanted this."

The Tigers will look to get back on track against SIU Edwardsville Wednesday, Feb. 15.