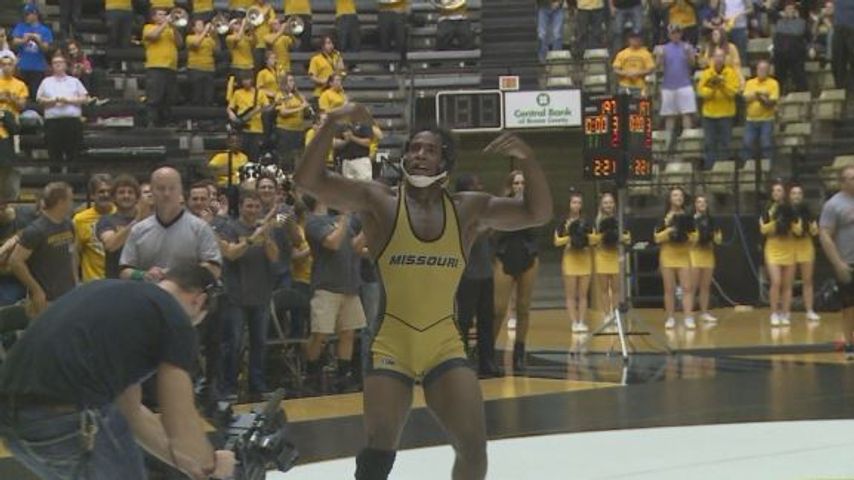 COLUMBIA - When Hickman wrestler J'Den Cox committed to compete at his hometown school of Missouri, his future coach Brian Smith couldn't help but be excited.

"He just has that attribute that when he steps on the mat, that something special is going to happen," Smith said.

"When we saw him competing with Dom Bradleys and other people in our room, we were like 'this kid's already really good, let's put him out there and let him win the national title," Smith said.

But Cox's sophomore year on the mat didn't go as well. Cox finished 5th in the NCAA tournament in his second collegiate wrestling season.

Smith said he thinks Cox put a lot more pressure on himself as a sophomore.

"When he was a junior, when he had come off that loss, he was like 'I'm going to enjoy this. I'm going to do things right, enjoy my team.' He just went out there and was taking it to people and enjoyed it more," Smith said.

Cox said, "I think every season I've taken something I've learned, something from each season and I've carried it and hopefully passed it on."

He won his second NCAA championship in his junior year while losing only one match. He defeated top- ranked Morgan McIntosh in the NCAA final in the process.

Cox's junior year gave him the confidence to compete in the Olympic Trials, and he said he's having more fun on the mat than ever.

"It's my passion that carries me through each match and through each year. This is something I want to do," Cox said.