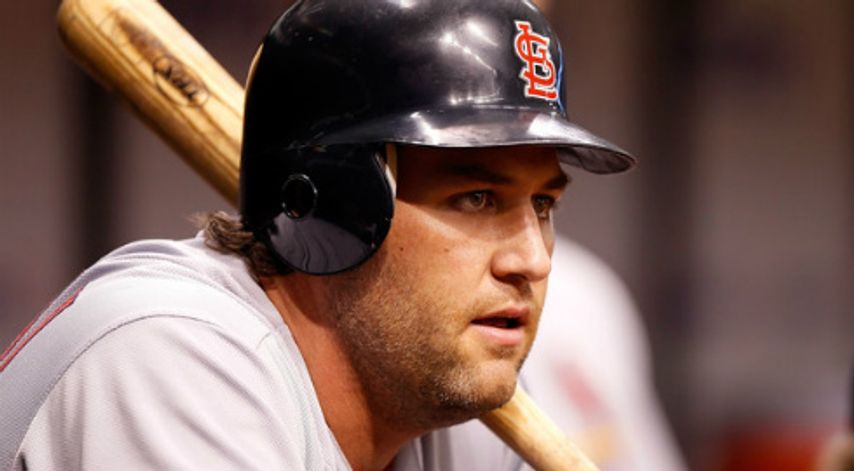 MILWAUKEE (AP) -- Edwin Jackson kept laboring on the mound. The new Cardinals starter knew relief would not be coming.

Jackson allowed three home runs to Casey McGehee and gave up all 10 runs -- including eight earned -- in St. Louis' 10-5 loss to the Milwaukee Brewers on Wednesday to fall further behind in the NL Central race.

"We're playing 20 in a row," Cardinals manager Tony La Russa said. "We needed to get as deep in his allotment today as he could. He took it for us. We appreciate it."

The Cardinals couldn't salvage a series victory. Rafael Furcal hit a three-run homer and drove in four runs off Randy Wolf (8-8) in his fourth game since being acquired Sunday in a trade with the Dodgers, but McGehee kept hitting homers to put the Brewers 3 1/2 games up in the division.

"He hit some that were pretty good. Some that weren't. It was just one of those days," Jackson said.

"I don't mind," Jackson said of his 118-pitch outing. "Some up, some over the plate, a little bit of everything. Then you do make a good pitch and they find a hole, it's just one of those games where anything that could go their way did."

David Freese singled in a run to give St. Louis a 1-0 lead in the first. Corey Hart homered to start the bottom of the inning and McGehee hit a two-out, two-run home run to make it 3-1.

Furcal's three-run homer -- his first in a Cardinals uniform -- have St. Louis a 4-3 lead in the second, but McGehee answered again with another two-run homer in the third to put Milwaukee ahead for good, 5-4. McGehee's second homer was hit so hard that left fielder Matt Holliday never moved to try and chase it.

The Brewers pulled away from there, improving to a majors-best 41-15 at home this season.

Cardinals catcher Yadier Molina cost St. Louis two unearned runs. Ryan Braun scored on a passed ball in the fifth and George Kottaras scored from third to make it 9-5after Molina threw a ball into center field trying to catch Hart stealing in the sixth.

McGehee followed with a solo shot in the seventh for the final margin and came out for a curtain call. The third baseman appears to be breaking out of his season-long slump. He's hitting .351 with 12 RBIs over his last 15 games to lift his batting average from .221 to .240.

It was a heated series throughout and could be a prelude of things to come -- the teams square off nine more times this season with a three-game matchup beginning Tuesday in St. Louis. Milwaukee got the upper hand in this one and improved to 6-3 against the Cardinals so far this season.

"They beat us," La Russa said. "They pitched better. They
played better."

Milwaukee won Monday's opener 6-2 and the Cardinals complained about the LED ribbon scoreboards around Miller Park giving the home team an unfair lighting advantage. The Cardinals took Tuesday's game 8-7 in 11 after bean ball warnings were issued to both benches in the seventh. Furcal saved the game with a catch in the ninth, Molina confronted umpire Rob Drake and was ejected in the 10th and Lance Berkman won it with a two-out hit in the 11th.

Molina and the Cardinals had not heard what discipline the
All-Star catcher might receive for his actions with Drake.

"I'm just waiting for what they decide. We have to wait on what they decide on. After that, I move on," Molina said. "Most of the time, I'm nice and easy. I'm low key. I'm not that guy."

Albert Pujols played after being hit by a pitch on Tuesday night near where he broke his left wrist earlier this season. He finished 0 for 5 with two strikeouts.