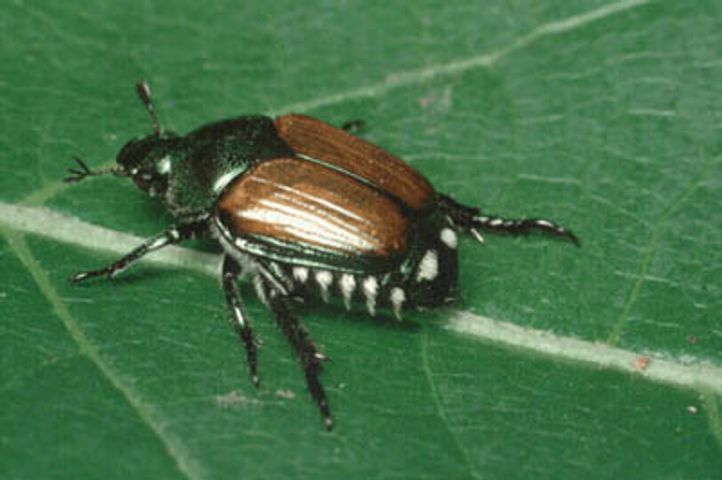 COLUMBIA - A gardner's annual nightmare is back early this year. Japanese beetles typically make their first appearance in July, but because of the unusually warm winter they came back a few weeks early.

"They will eat anything in your garden. Last year the beetles seemed to devour the blackberries, but this year they are going after my new kiwi plant." said Hackley

The Japanese beetle is about the size of a dime and greenish-bronze in color, but the damage they deal is less easily ignored.

Hackley explains, "First you'll see one or two and slowly they multiply all over the garden."

The Japanese beetles eat more than 400 types of plants and live for up to sixty days.