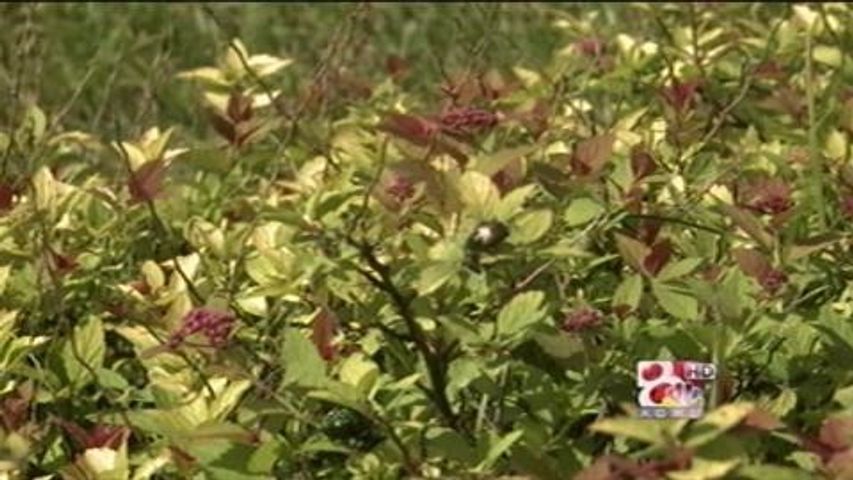 COLUMBIA - Just as the cicada infestation is ending, Japanese Beatles are emerging in mid-Missouri.

The beetles won't harm humans, except for perhaps an occasional scare. The beetles are after green lawns, purple plants, and rose bushes.

Roses usually attract the most beetles. The bugs eat through the tissue layer of plants, leaving behind only the stems of leaves.

But plants aren't the only thing the beetles can damage.

The grubs, or younger beetles, feed on grass. Grubs often leave behind brown patches in grass after they eat through the roots said Ben Puttler, a University of Missouri Plant Sciences Assistant Professor.

The beetles have appeared about a week later than they did last year, due to the cooler temperatures last week. Puttler said they won't reach their highest population until the middle of July.