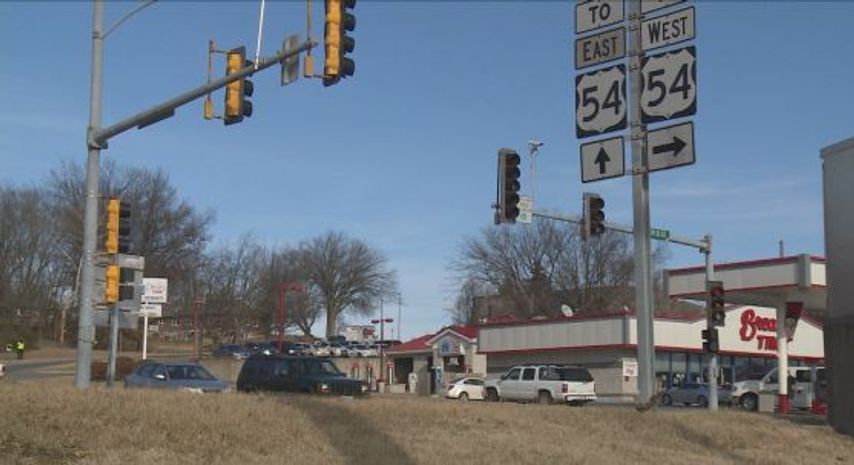 JEFFERSON CITY - Drivers could see some relief from traffic congestion in Jefferson City.

The Jefferson City City Council voted unanimously to continue improvements to reconstruct the intersection of Jefferson Street and Stadium Boulevard. This could alleviate traffic problems during busy hours.

City councilman and chairman of the Jefferson City Public Works committee Bob Scrivner said the congestion occurs mainly when schools get out at the end of the day and backs up on to U.S. 54.

The study found that the best solution for the intersection of Jefferson and Stadium would be a roundabout. Roundabouts tend to lessen the number of accidents and the severity of damages if accidents were to occur.

"Any time you can eliminate a traffic signal or stop sign or something like that, you're not going to totally eliminate accidents, but roundabouts tend to lessen the severity of accidents," Scrivner said.

One driver said he is glad the city is doing something about the intersections.

"I think it will work out good," Jefferson City resident Joesph Wyatt said. "Especially with the school here, I drop my wife off at the hospital this time every day, so I tend to get stuck in the traffic."

Scrivner said the construction is a part of a long-term improvement plan, expected to relieve traffic issues for the next 20 years. He said the goal of the change is safety and efficiency.

"This project should eliminate the backup of traffic on to 54," Scrivner said. "It should make it easier for people who are moving through that area."