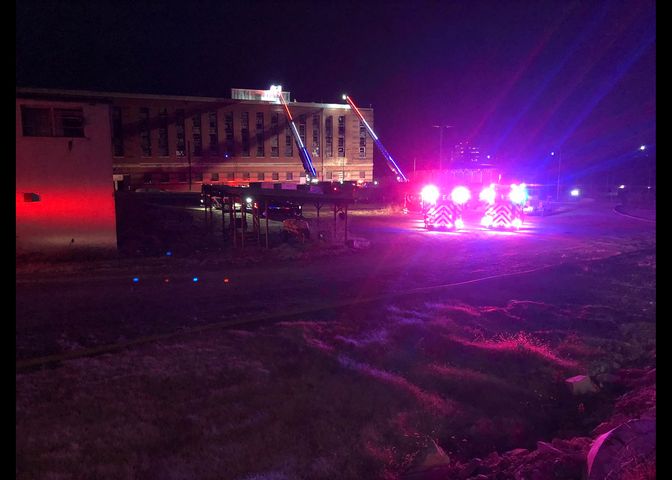 JEFFERSON CITY - Wednesday's fire at the Missouri State Penitentiary started as a result of a training burn by the Jefferson City Fire Department, the department said in a press release.

According to the release, an "airborne ember" from a prescribed training burn firefighters were coordinating in the area started the fire. The building had been previously damaged by the May 22 tornado. The fire department responded immediately after smoke and fire was visible to the training personnel.

The Jefferson City Police Department and Cole County EMS were also present on the scene.

"After the tornado hit up here, and now the fire… it's kind of sad," Jefferson City Realtor Lynn Cooper said. "It's just sad because it's Jeff City. There's a time that this was functioning"

Cooper said she's lived in the area her entire life, and thinks it's important to make sure the facility stays around for future generations.

"I think if we don't restore what we already have, we're going to lose a lot of our history," Cooper said.

Mayor Carrie Tergin said the nearly two-century old facility has survived a lot and it serves as a major attractor for the city's tourism economy.

"The prison has a long history of many breaks," Tergin said. "People make this a destination from all over the country."

Tergin said the city is already working with developers to bring new life to the property.

"The first week of December we will have proposals back from potential developers," Tergin said.

Cooper said she has faith the property will see a revival.

"I think that there's going to be an investor somewhere that thinks it's worth it, Cooper said.

"There's just always something trying to knock us down. But we're Jeff City, we got this."