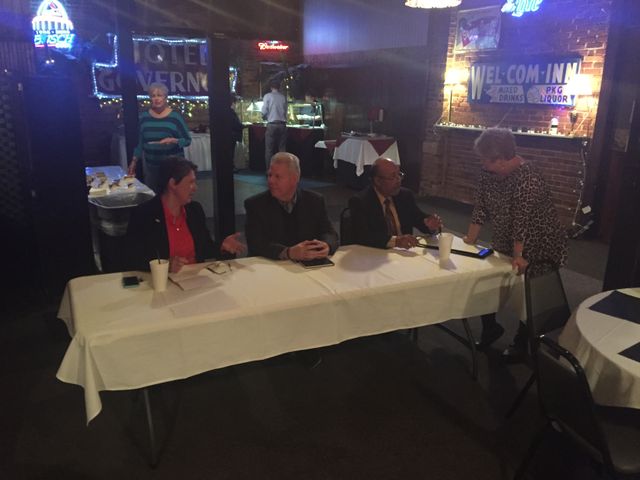 JEFFERSON CITY - Three of the four candidates vying for two seats on the Jefferson City Board of Education spoke Thursday night at a public forum.

Two 3-year terms are up for grabs on the board.

Michael Couty, Pam Murray, Ken Enloe and Lindsey Rowden are all running for school board, Rowden was unable to be at the forum.

Couty and Murray are the incumbents, they were both elected to the board in 2015 and are now seeking reelection.

All three of the candidates were excited for the opportunity to answer questions from the public.

“To answer questions, to address the kinds  issues that people are concerned about, that's a great thing,” Enloe said.

“It gives me an idea of what are some of the top issues on their minds,” Couty said.

“I think forums are a tremendous opportunity for the public to view the candidates,” Murray said.

Candidates were asked questions regarding teacher salaries, what they see as the biggest challenge for the board, security in schools and student drug use.

County and Murray are both hoping to be reelected to continue the work they have been doing over the past three years.

Enloe is hoping to be elected to bring positive leadership to the board, something he said it has been lacking at times.

The Jefferson City Board of Education will be on the April 3 ballot.