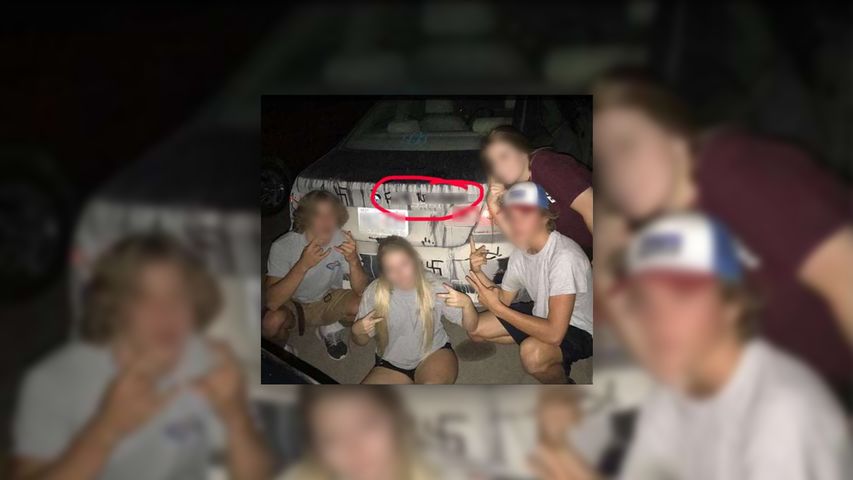 JEFFERSON CITY - JCPS Superintendent Larry Linthacum hopes to use a "racially insensitive" photograph as a teachable moment for the school and the community.

In a statement sent out Tuesday morning, administrators said three JCPS students were shown in the photo posted to social media, but didn't comment further on what about the image made it insensitive.

A JCPS student sent KOMU 8 News the photo she said is at the center of the controversy. It shows the students posing in front of a mud-covered car that has an expletive, the n-word and a swastika etched into the dirt.

"JCPS is disappointed by a racially insensitive photo taken (and posted to social media) over the weekend by three of our students. While this incident did not occur on school grounds or during a school activity, our administration takes these matters serious and are working to address the situation.

"While disciplinary measures are being taken, we also recognize that this incident provided a teachable moment relative to the implications of social media. And, like many school districts across the country, we continue our commitment to ongoing discussions about diversity, differences and cultural sensitivity. We will continue to provide and ensure a positive learning environment for all students."

No details were given on what disciplinary measures would be implemented.

One Jefferson City mother, Nicole Hill, said the school should be doing more to handle the root of the what could be a larger problem.

"I feel like, as a country, we say we tolerate no terrorism. Well terrorism is not just blowing up buildings or setting off bombs. It’s any and everything that’s designed to hurt a person physically. And that right there was designed to hurt people physically," she said.

Hill said the incident should not be swept under the rug.

"I just feel like it was not okay. It's not a joke. There were no good intentions at all," she said.

Hill and Linthacum both believe what leads to such actions starts at home. Linthacum wants to work with parents to use this as an opportunity to have "honest conversations."

"We encourage all of our parents to have the conversations at home. We’re going to be having them at school. We are working with our counselors as well in our buildings, having the conversations in the classrooms. We want to work together through this process," Linthacum said.