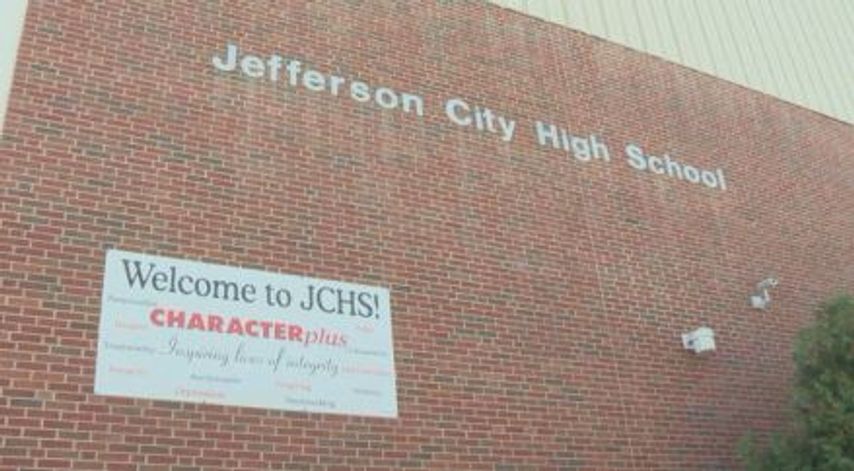 COLUMBIA - Jefferson City Public Schools Superintendent Larry Linthacum released a letter addressing the three students who posted a picture posing behind a dirty car with swastikas and a racial slur.

Linthacum said he wants the school system and community to come together to avoid similar incidents from happening in the future.

"We're just trying to, one, access how we are teaching acceptance and understanding," Linthacum said. "We're evaluating and looking at and accessing diversity training for our staff."

He said the students' actions outside of the classroom affect both the learning environment and the community.

"The bottom line from a legal standpoint and from a school standpoint, and what we feel is the right thing to do," Linthacum said. "If it disrupts the learning environment at school, with something that happened outside of school; we feel it's our responsibility to address that."

She said she was disturbed by the photo the students posted, and said the school system didn't address it properly.

"They called it racially insensitive," Akers said. "If they were going to address it, they need to expel them, and take a 'no tolerance' stance for racism."

Akers said she believes students behavior outside of school can affect the school system.

"This photo affects the school and they need to be held accountable; not just a three day suspension," Akers said. "You have black kids in class with these students, and are trying to focus on their work, knowing that these students hate them."

She said her children have experienced racism first hand.

"I have black kids and they have been treated unfairly," Akers said.

"They need black adults to go to and talk to," Akers said. "Adults who are not going to brush them off."

Linthacum said there will be meetings held in October for students, faculty and the community to attend.