Jden Cox embraces new journey from the mats to the sidelines 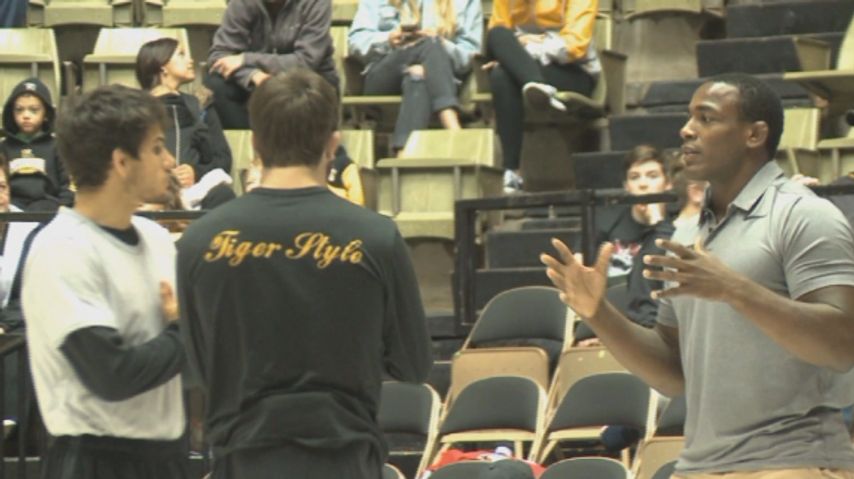 Cox graduated from Mizzou last spring and played in his last tournament nearly eight months ago. The new role allows him to watch performances of players and provide statistical breakdowns of each match.

“I am doing stats and trying to figure out everything from how many takedowns they get away, when they get away and escapes so we can use that to our advantage,” Cox said.

Cox said his position helps him carry over a competitive mindset from his college career, which finished with the second-most victories in program history and a 2016 Summer Olympics bronze medal.

“As a competitor it hasn’t really changed for me because I still compete. The style is different, but as far as what these guys go through and the chip on their shoulder, I still want to go through that with them.”

“It’s a blessing he’s still here helping us out still and doing great things for the program,” redshirt junior Daniel Lewis said. “It’s what got him to the level he was at and what brought him a lot of success, so that insight is super valuable everyday.”

Cox also has an opportunity to work with the same coaching staff from his senior year, led by 20-year head coach Brian Smith.

“He’s a caring person, and he cares for his program and teammates,” Smith said. “For him it comes natural, like I’m helping my friends.”

The team's expectations remains high without the three-time national champion, as Mizzou started out 4-0 for the third time in the last four seasons. The Tigers also won ten individual titles in Saturday’s Lindenwood Open.