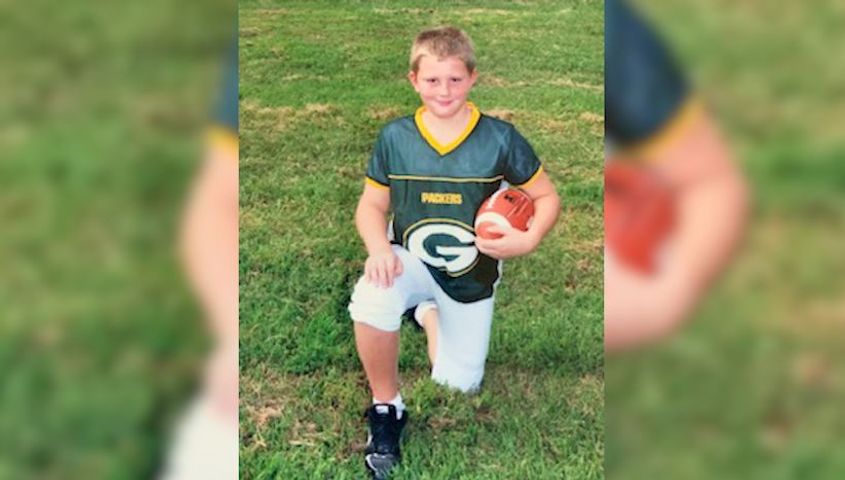 JEFFERSON CITY — Growing up with CSI: Miami’s Horatio Caine as a hero, Brandon Backues has hoped to one day pursue a career with the FBI since he was a kid.

Backues, a stalwart on the Jefferson City Jays’ offensive and defensive lines, was captivated by forensics when he started watching CSI: Crime Scene Investigation, CSI: Miami, NCIS, and other similar shows with his mom.

He enjoyed the action and the inevitable plot twists that would come near the end of every episode, but what really stuck out to him was the exact opposite of what the camera would train the average viewer’s eye to spot: the extras in the background.The concept of helping everyday people and saving lives is what really stuck with him.

While most of his friends all aspired to pursue more traditional careers, Backues has wanted to be an FBI agent for as long as he can remember. When he was around the age of 16, he realized there’s a path forward for him to pursue his childhood dream.

“I have a lot of respect for the police force,” Backues said, “but I want to work with crime on a national level.”

The senior wants to work in the Behavioral Analysis Unit with the FBI where he can study why people commit violent crimes.

Now, football is providing Backues with an opportunity for the talented run-stopper to become a national crime-stopper. His play on the field and work in the classroom has put him in better position to achieve his goals. He’s using Next College Student Athlete, an organization that connects athletes and college coaches, to find somewhere to play football at the next level at a school that has a strong criminology program. The latter is non-negotiable, and although Backues loves playing football, it won’t be his only factor in choosing a college.

On the football field, he’s excelling. After losing a number of critical seniors to graduation, Jays coach Terry Walker said he was looking for playmakers. Backues has been one this season, a reliable asset on both sides of the ball.

As a center on the offensive line, Backues has a lot of responsibility keeping positive synergy with fellow senior Cole Gresham, the Jays’ quarterback, and the rest of the offensive line. On defense, Walker utilizes Backues’ talents wherever they’re most needed on the line: from end, to nose, to tackle.

Backues’ stellar play so far this season is a substantial reason why the Jays have had a solid 2-1 start, including a memorable 700th win in program history over rival Hickman last week.

The senior’s value goes far beyond his physical talent on the football field, however. Walked said Backues is also a natural leader.

When it came time to name this year’s captains, Walker did not have a tough decision. After allowing his players to vote on captains before his first season, Walker came into this season knowing Backues was going to lead by example both on and off the field.

The tornado that hit Jefferson City in May vaulted Backues into a strong leadership role even before the season started, as he stepped up to help his team repair its home stadium and surrounding community.

According to his coach, what sets Backues apart is his emphasis on applying positive pressure to his teammates to do what is right at any given moment. While on the field, that means making sure that his fellow offensive linemen pick up an assignment during a game or practice hard during the week. But it’s also about being a responsible leader in the classroom and off the field.

While Backues can’t wait to get the ball rolling on his path towards working for the FBI, he and the Jays remain focused on a big opponent visiting them this weekend. St. Louis University High School did not put up much resistance to Jefferson City last year, but Walker said SLUH shouldn’t be discounted because of how deep and talented its talent pool is.

Jefferson City will take on SLUH in this week’s Friday Night Fever game. It kicks off at 7 p.m. Friday at Jefferson City’s home field.