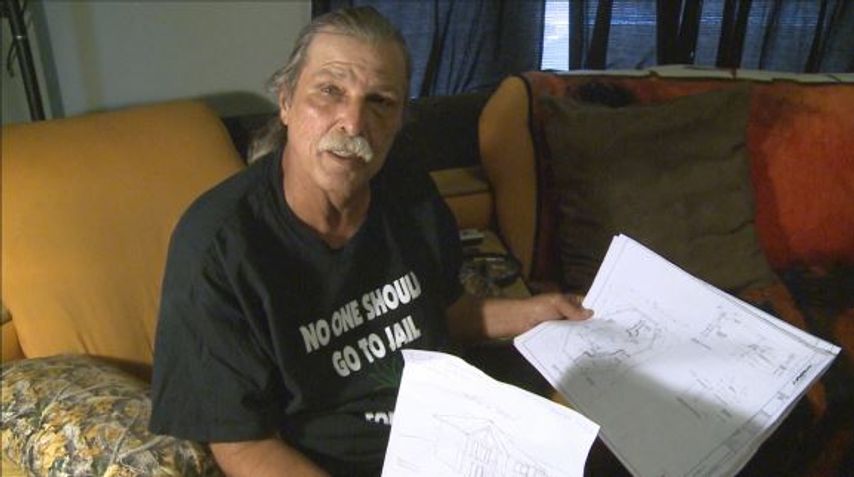 SEDALIA – A year ago Thursday, Jeff Mizanskey walked out of prison after spending more than two decades behind bars for multiple marijuana convictions. Now, he’s fighting for change.

Since his release, Mizanskey has been a vocal advocate for marijuana law reform and is trying to get a measure legalizing medical marijuana on the November ballot.

"Can you just think about how many people have died because they couldn't get the medicine they need because it was illegal?" he said. "It's a shame."

Mizankey was sentenced to life without parole after his third marijuana offense because of a law deeming him "prior and persistent offender."

That statute was repealed last year and will no longer be used starting in January.

Mizanskey's attorney, Dan Viets, said Mizanskey's story was a factor in that.

"Jeff's case had, I think, something to do with the legislature agreeing to repeal that law," Viets said.

Mizanskey said it’s surprising that his experience could help others.

“I feel good that we can actually turn something that was so bad into something good,” he said. “At least it’s not wasted. I lost so much, but at least it’s helping others.”

Mizanskey said the only way changes can be made is if people are involved in politics.

“We have to get involved,” he said. “That means registering to vote. That means voting. That means signing petitions when they go around.”

He said Missourians should urge lawmakers to change the criminal justice system and reduce or eliminate the number of non-violent people in prison.

Marijuana offenses, mainly involving simple possession, account for roughly half of all drug-related crimes. According to a recent report from the American Civil Liberties Union, 88 percent of the more than 8 million marijuana arrests between 2001-2010 were for possession alone. There were more arrests in the U.S. for marijuana possession in 2011 than for all violent crimes combined, according to the FBI’s uniform crime report.

Two of three of Mizanskey's convictions were for possession.

He said he’s grateful for all of the support he's gotten. His supporters raised funds, put up billboards and started a letter writing campaign to get him out of prison.

“Without everyone who helped get me out, I wouldn’t be here right now,” he said.