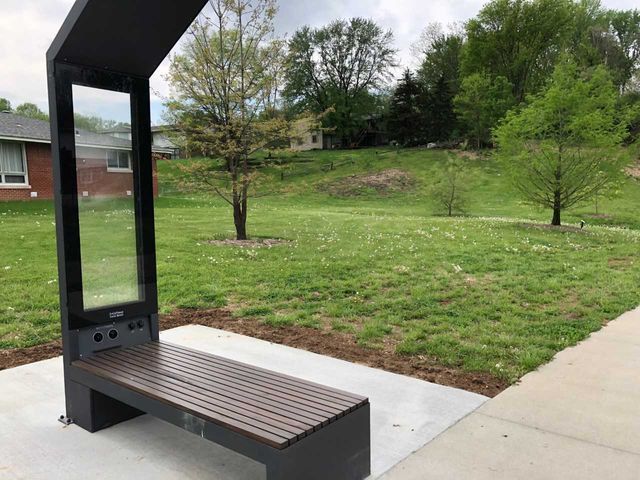 Each bench has two USB ports and two spots for wireless charging. The top of each bench has several solar panels that power the battery located below the charging ports.

The department spent around $25,000 on the five benches, which come from a company called EnGoPlanet.

“Sometimes there is some sticker shock and that’s completely understandable,” Schroeder said.

Jefferson City resident David Rankins said he thinks they are worth the cost.

One of the benches is located at the south entrance of Community Park and one is outside of The Linc wellness center.

Schroeder said the benches help with security and safety.

“I’m excited to take them to the playground and be able to use the smart bench because my phone is notoriously on zero battery because my kids like playing on it,” she said.

The department is in the process of making the three other benches available for phone-charging.