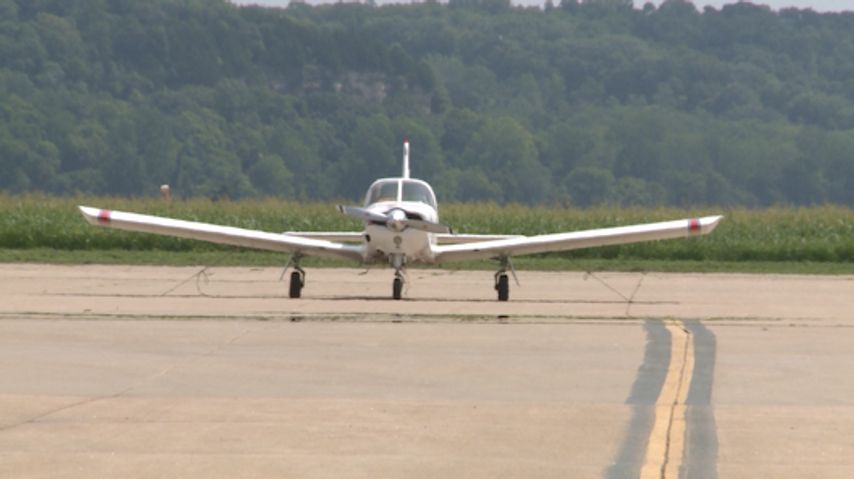 Airport officials are expecting a visit from the Federal Aviation Association Thursday to discuss future plans.

“We originally partnered with a contractor to do a cleanup of the facility", Public Works Director of Operations Britt Smith said. “As we got into that contract, we realized the damage was much more extensive than we anticipated.”

Electrical issues, potential funding sources, and critical airport communication systems are still being looked into before starting the next reevaluation of the airport terminal.

Following the reevaluation, the city can propose a new demolition contract.

The big financial burden at this time is rerouting the electrical system.

Smith said funding is potentially being offered by the airport’s flood insurance proceeds and a MoDOT grant.

Public Works has installed a construction trailer for the airport manager so business can be continued within the airport.

Smith said the airport is functioning well and able to continue flights and business as normal.

But tools like computers, wifi, and parking lot lights are still trying to be renewed.

“We’d like to look at what’s beyond the terminal demolition,” Smith said. “Let’s turn this negative into a positive and grow the airport.”

The Airport Advisory Committee said they hope for a new facility with a restaurant and more space for the flight school located inside the terminal.

Flight School Manager Scott Eslinger said the Jefferson City Flying Service flight school could use the terminal for more space as the school is continuing to grow.

Eslinger said they’ve moved the flight school into a trailer until they can rebuild.

Since the flood, “We’ve actually increased our business with students,” Eslinger said. “So we can always use the extra space” of the terminal.

Eslinger said having the terminal building in the airport is a bonus not just for students but also for the public.

“It’s a really good thing for Jeff City and it’s only going to keep growing.”