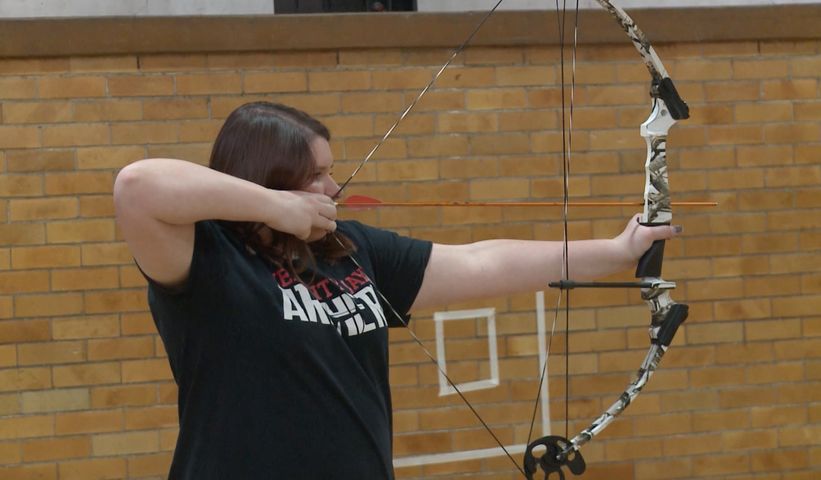 “Watching some of these kids in some of these tournaments when they get their personal best score, the smiles when they walk off the line is just really satisfying,” said Jefferson City coach Valerie Wilder.

Wilder co-founded the Jefferson City archery program during the 2015-16 school year. The team has qualified for state in each of its first three seasons prior to its first nationals bid over the weekend.

“I know that state is really big, so I know nationals is going to be huge,” said sophomore archer Brooklynn Weis. “I’ve heard a lot of different things about it, like all the targets and how big it is, I’m interested in seeing how big it really is.”

Weis was one of three Jefferson City archers to score more than 270 out of 300 possible points in a tournament round. She shot her personal-best of 293 in the state competition in March, only seven points away from the highest-possible score and the third-highest scorer in Missouri.

“It really shows me what I’m capable of, so I can always shoot for better,” Weis said.

“I really hope I can get a scholarship so I can go to college and compete then in the [Missouri] 4-H .”

Weis and her teammates believe the nationals experience will help the archery program become a larger part of Jefferson City athletics.

“My father used to tell that Jefferson City had a very strong pride with football,” sophomore archer Thomas Nichols said. “And this kind of brings back Jay pride sensing that we actually made nationals.”

Wilder hopes the team’s growth will help with recruiting talent for years to come.

“Now that we’ve qualified for nationals, I’d like to see this team continue and grow each year,” Wilder said. “I think we’re reaching more and more students who participate in archery in middle school and are looking forward to the opportunity to compete on the high school team.”

Visit the NASP website for more information on the tournament.