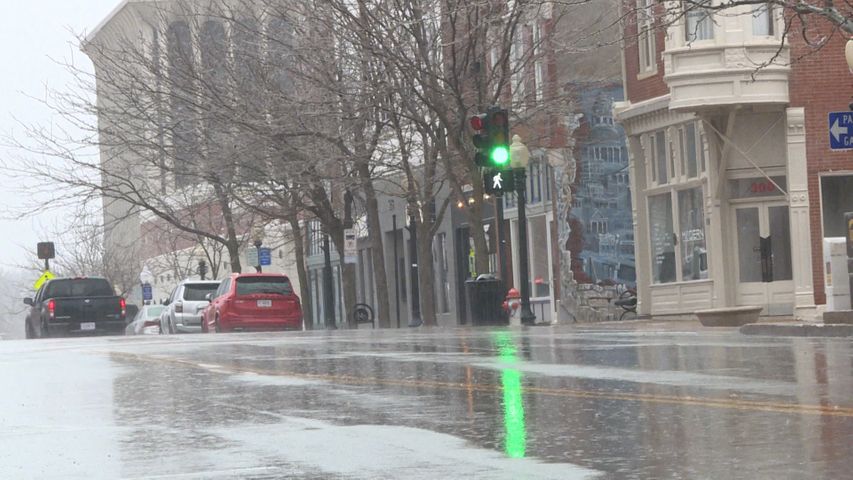 JEFFERSON CITY - Sleet and freezing rain hit across mid-Missouri throughout the day Friday.

Jefferson City Public Works director of operations Britt Smith said the department was on top of forecasts and prepped the roads ahead of the storm.

Smith said the city sent out crews around 5 a.m. Friday. He said they were able to treat every road in the city before the storm came.

"That salt seems to have done a pretty good job till we got daylight," Smith said. "Now as we monitor, we're seeing our roads are staying slightly above freezing, even though the air temperature is a little less than that."

Cristian Corona, a Jefferson City resident, said he was surprised by the road conditions.

"Around 7 a.m. I went out to run some errands, and it was raining ice," Corona said. "So far, the roads are not too bad."

Smith said he hopes the conditions will continue to stay safe.

"We're cautiously optimistic that we won't have too much more trouble," Smith said. "We're keeping our crews in until the point we're pretty sure there's no freezing going to be taking place."

Smith said the road temperatures were warmer than he anticipated, but there were still some problem areas.

"Certainly don't want folks to get lulled into a false security that everything is great," Smith said. "We're still dealing with temperatures that are very close to that freezing point, and things could change on a pretty rapid basis."

Smith advised staying home if possible, but offered advice to those out on the roads.