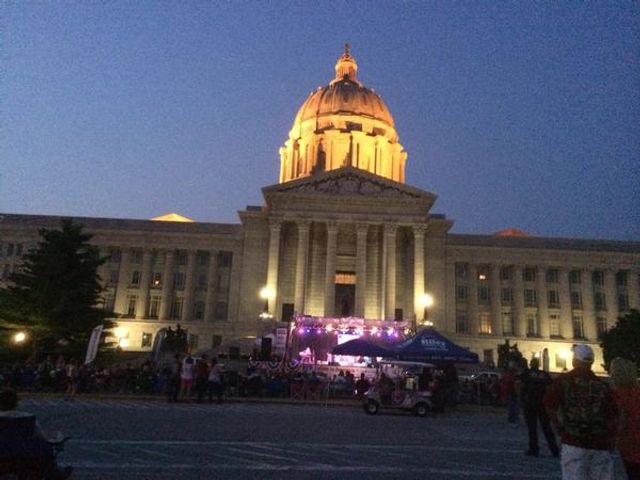 JEFFERSON CITY - Jefferson City kicked off its annual Salute to America 4th of July on Friday.

The two day event took place in downtown Jefferson City. On Friday, visitors got the chance to watch a parade that featured U.S. veterans, local politicians and organization.

"We have a great time just learning and seeing all the differnt displays and seeing other people that we even know," Matt Aldon said. "-And I just love America's 4th of July. It's awesome! God is good."

Visitors also have the choice of visiting six stages which are spread out all across the downtown area, offering different activities for all age groups.

One visitor said events like Friday are not only fun, but they're great for the community.

""It's not just one day of goodies that they do and it's not just one day that you get to taste the variety food and drinks but it's just several days,"  Marilyn Miller-Smith said . "And I encourage anybody, anywhere in the United States, go to your 4th of July parade."

On Saturday, live entertainment and food vendors open at 11:00 a.m.

The pre-fireworks celebration show will begin at 7:00 p.m. on the Capitol Main Stage with a live eagle show.