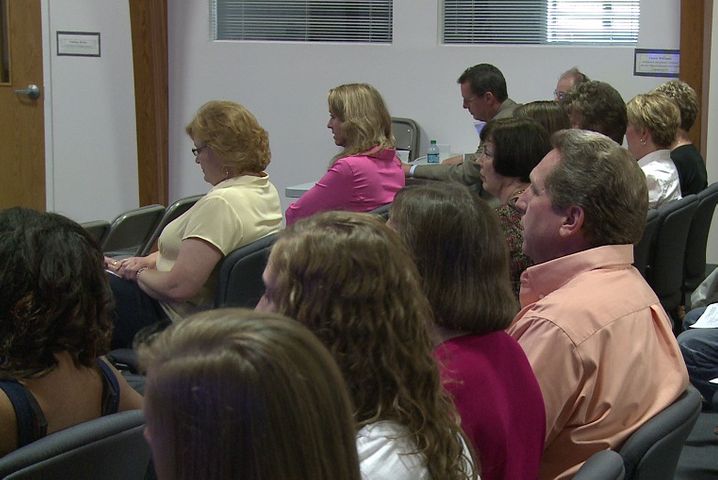 JEFFERSON CITY - The Board of Education for Jefferson City Public Schools approved the 2011-12 budget Thursday in a unanimous vote, finalizing a plan to increase salaries and benefits for faculty members.

The board voted in April to raise salaries by an average of 2.8 percent. The budget also includes an additional $300,000 for health insurance and an increase of more than $500,000 for other benefits.

The school district will earn about $79 million in revenue next year, roughly a 1 percent reduction from 2010-11. For the past two years, the federal government had awarded more than a million dollars annually to the district for special education funding. It will not receive that money this year, but chief financial officer Jason Hoffman said the district planned for this loss in revenue.

"We were very careful that we used money on one-time expenses, so that when that revenue went away there weren't expenses out there that we couldn't cover," Hoffman said.

Expenditures will outweigh revenue by about $700,000 next year, which Hoffman said is part of the district's effort to reduce its reserve fund. According to the budget passed Thursday, reserve funds would make up about 27.5 percent of total expenditures. Hoffman said he would like the district to deficit spend until that number reaches 20 percent.

"We feel that we actually have more money in the bank than we need to have to operate our schools. And that's a good thing in these tight economic times," Hoffman said.

In light of funding problems at other school districts in Missouri, Hoffman said Jefferson City Public Schools are in a "nice position." In Columbia, for example, the public school board proposed to cut 17 positions at a board meeting Monday.

"We feel very fortunate here in Jefferson City that we are in good financial shape," Hoffman said. "As far as cutting, we're really not doing anything  but addressing things on an issue-by-issue basis."