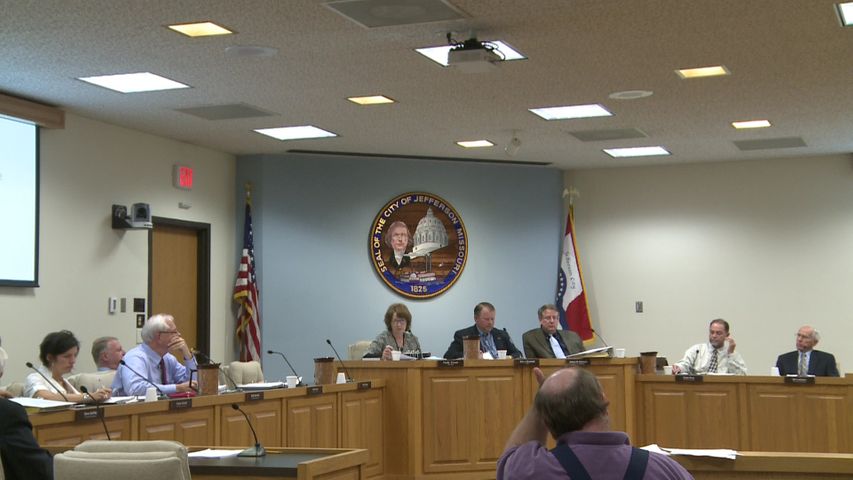 The topics include bus transportation and JCTV. The topics are the last ones on the agenda, meaning the group is close to passing a budget.

"The meeting had to be pushed back from 5:30pm to 6:00 to be able to switch rooms to accommodate the amount of public attendees," said Michelle Gleba, Communications Manager for Jefferson City.

Many of the meeting's attendees are Jefferson City Transit workers trying to find out what the 2013 budget has in store for them, and to testify if needed.

Jefferson City Mayor, Eric J. Struemph, proposed the budget earlier this year. The city council has until the end of October to adopt a final budget.