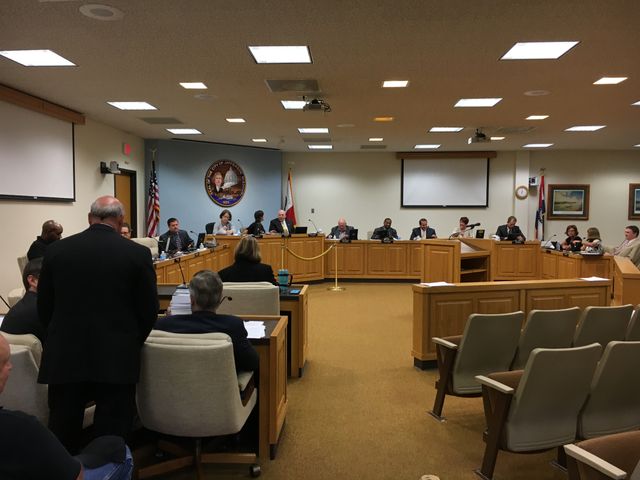 “Well the major changes come in terms of the deal with our fund balance,” Mihalevich said. “We have a rainy day fund, and if our forecasts aren’t what we think they’ll be then we’ll have to make a change.”

The proposed 2018 fiscal year budget included a proposed 2 percent pay increase, a proposed 7 percent increase for health insurance and additional funding that would go towards other projects. Additional projects range from the purchase of new police vehicles to the replacement of mailing machines across all departments.

Nobody stepped forward to comment on the bill, and the process will continue to move forward.

“At the full council, we will debate [the budget] and have it first read and third read, and it’s an opportunity, again, for the entire community to provide input,” Mihalevich added. “But, I think this is a very conservative budget on the revenue side and the expense side.”

The proposed budget is set to go into effect on Nov. 1, 2017 following a final approval. Both the entire budget and a highlighted budget document can be found on the Jefferson City website.