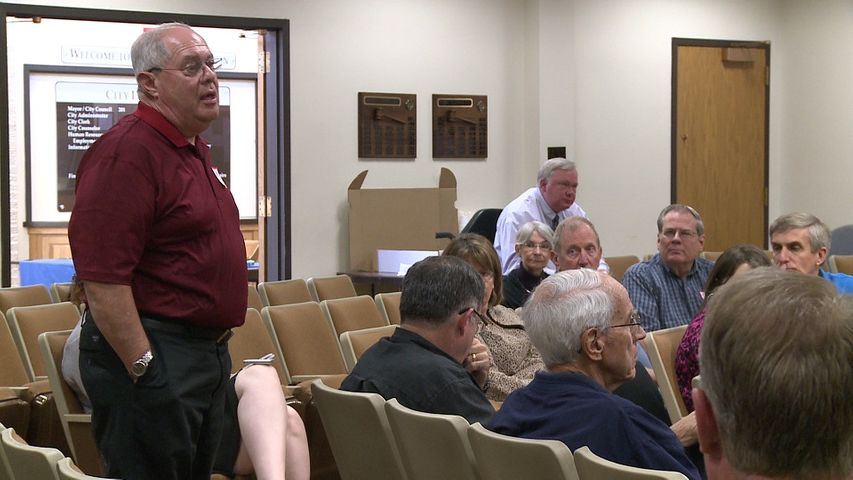 JEFFERSON CITY - A town hall meeting was held in Jefferson City Thursday morning to give the public another chance to comment on potential construction plans for community buildings.

The meeting pitched a convention center, multipurpose center, parking garage, and penitentiary improvements to those in attendance, along with possible solutions to fund them. The projects come after a sales tax initiative to pay for these projects was defeated on the ballot in February.

Mayor Eric Struemph delivered new concepts for the buildings and offered potential solutions for funding them. Following his presentation, the crowd split into two focus groups which discussed the plans and gathered people's opinions.

"I believe these concepts will allow us to build within our financial needs," Struemph said. "I think what's good about these is they won't require any new taxes being added."

Struemph said that since the sales tax didn't pass, these projects were unable to be built. However he did say that if the concepts were agreed upon, the buildings would be able to be constructed with the funds the plan proposed to use. The funds would come from money being collected through other programs like the lodging tax on hotel rooms. Other funds may include money distributed differently from other taxes already in place.

"These projects come down to one major idea," said resident Paul Van Horn. "Either we [older residents] decide to change Jefferson City now, or we eventually move on and the younger generation will."