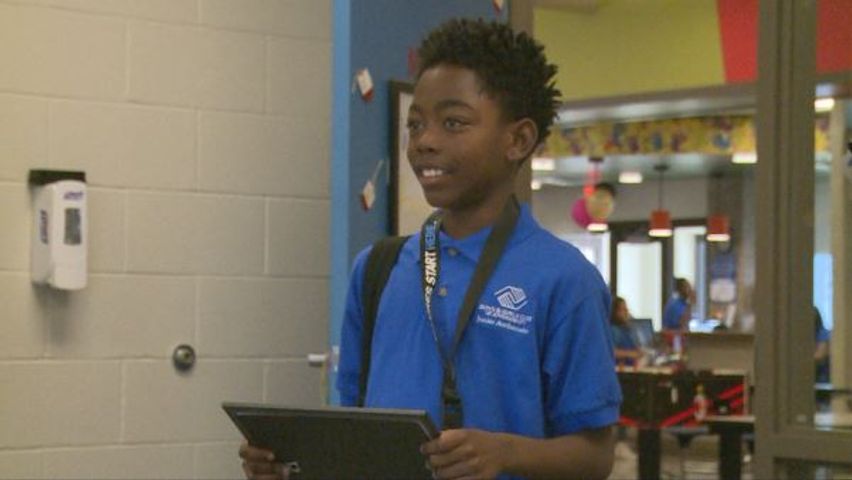 Executive Director Stephanie Johnson said the ambassadors will host tours of the club's facility and will go to events like luncheons with United Way.

"We like to go and thank our donors, and having a group of ambassadors that go with us to represent the Boys and Girls Club in our community is just a wonderful way to showcase what we do here at the Club and that we really are building future leaders," Johnson said.

"He's very smart, he likes to help people, and that's another reason why he was chosen as a Junior Ambassador," she said.

Fifth-grader Ethan Gonzales said he has been a Boys and Girls Club member since kindergarten. He said he is most excited to go places as an ambassador.

"We get to eat dinners with people who sponsor the Boys and Girls Club, and we get to go to soccer games and get to go to and meet police officers," he said.

Johnson said the ambassadors' first outing will be Monday when they give gifts to the Jefferson City Police Department. Then, they will attend a high school soccer game that benefits the Boys and Girls Club.