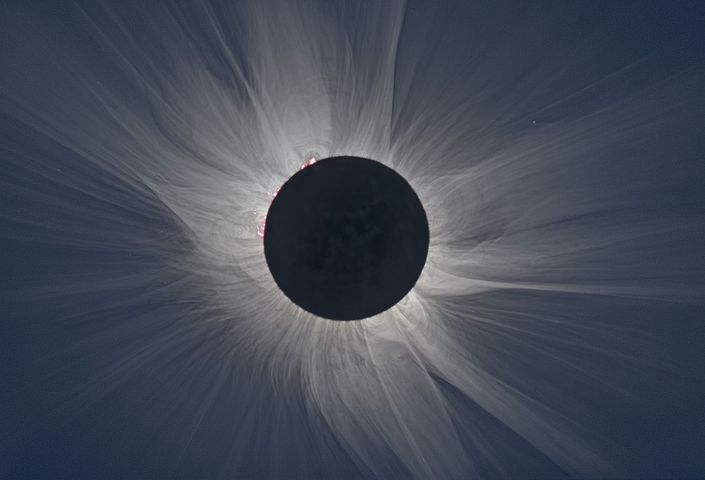 JEFFERSON CITY - NASA named Jefferson City one of seven cities that will host a live broadcast of August's solar eclipse.

The Jefferson City Convention and Visitor Bureau has not decided yet where the broadcast will take place, but wants it to be between the Supreme Court and Capitol buildings. NASA will broadcast the eclipse live on NASA TV and on its website.

"We were anxiously awaiting when we could announce the information they were coming," said Katherine Reed, the bureau's communications director.

"We knew it would take this event to the next level and put Jefferson City on the map."

NASA is sending Dr. Janet Kavandi, director of the Glenn Research Center, to assist in the coverage of the eclipse. Kavandi, a Springfield native, was in space for more than 33 days and was the director of flight crew operations at the NASA Johnson Space Center.

The live broadcast will be in conjunction with other events the bureau will host over the three-day celebration. One exhibit, NASA's Journey to Tomorrow, will bring an interactive NASA experience to Jefferson City.

Other events include a mini carnival, sky watching and a drum circle with live entertainment.

The events surrounding the eclipse have some locals excited to come out for a once-in-a-lifetime experience.

Store owner Tanya Lankford said, "I think this is something that is also bringing people together with their children and family and everybody has been chatting about it. Everyone's very excited."

Get full coverage of the Show Me Eclipse all summer at komu.com/eclipse and every Wednesday at Six on KOMU 8 News.