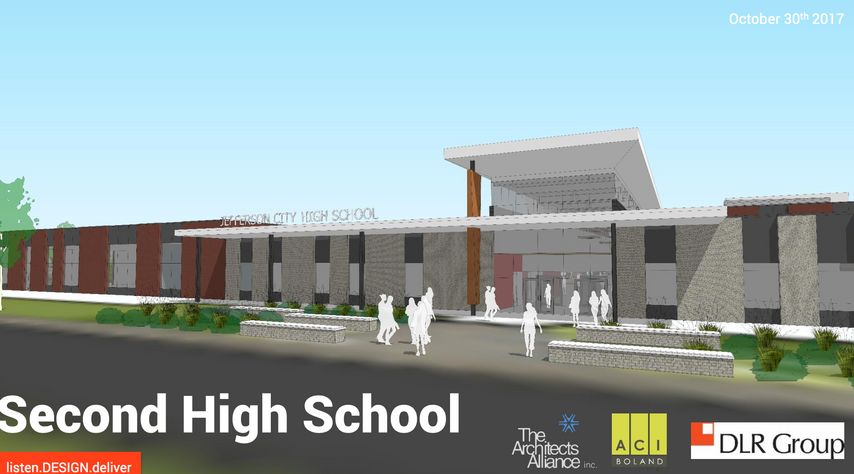 JEFFERSON CITY – The Jefferson City Public School Boundaries Committee began discussions on boundary lines for the city’s new high school, which is scheduled to open in the fall of 2019.

The committee talked about preliminary scenarios for the boundaries at its first meeting on Thursday evening.

The committee is made up of representatives of elementary schools, parents and community members.

“We wanted to get an equal representation of our community, to make sure there was parity and equity between both high schools," Linthacum said.

Preston Smith, a demographer hired by the committee, created the boundary line design shown at the meeting, which he calls a “starting point.”

“We want to avoid overcrowding so what we did was analyze the rosters for the school over the past couple of years,” Smith said.

He noted the plan for the design is to create balance.

“We are basically trying to get enrollment balanced between the two high schools, right now the difference is about 65 students,” Smith said.

While working on the design over the past couple months, he said it was also important to note the diversity of students.

“For instance, we want to keep free and reduced enrollment percentage balanced, right now it’s at about a 1.8% difference in students,” Smith said.

Lithacum said there will continue to be obstacles but he feels good about progress so far.

“Anytime you look at changing boundary lines it's an emotional topic and we recognize that," Linthacum said. "Our goal is that regardless of where you go to school in our school district, that you're going to get a quality education."

Smith said the committee plans to meet again sometime in January and hopes to have plans finalized by early March of next year.