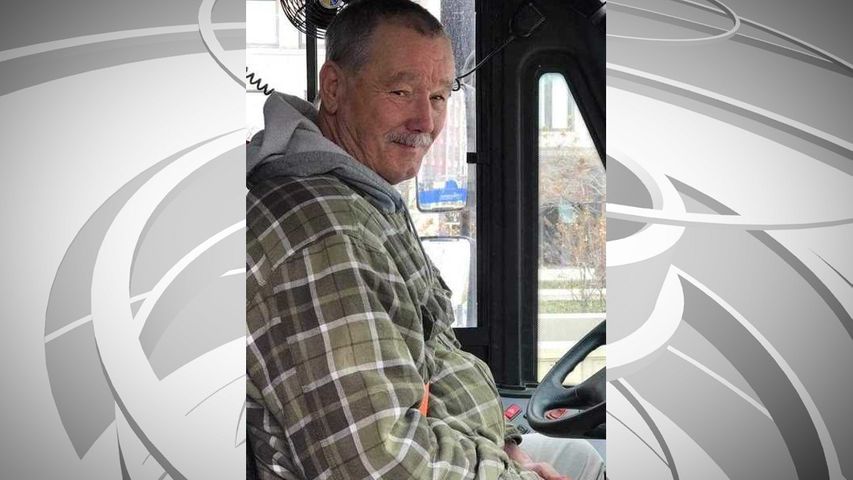 JEFFERSON CITY - John Kalina, 63, was a First Student bus driver whose absence has made a whole community come together to remember his legacy.

Jeff Rolufs, Kalina's son-in-law, said he was loved by everyone he met.

"It is hard to process how much love a man had for a community and it is still shining," he said.

Kalina died Sunday from multiple organ failures and pneumonia after spending eight days in the hospital.

Frank Underwood, Kalina's former boss, said there were about 40 to 50 kids in the lobby of the hospital to visit Kalina.

"It was very touching and just a tribute to who he was and wanting to build those relationships and make sure that they stayed strong," he said.

Underwood said Kalina treated every kid who stepped on his bus as his own.

"Those kids loved him and they still do," he said.

Kalina worked at First Student for eight years and his bus No. 43 drove students to and from North Elementary School.

All of the buses that leave the First Student's lot now have a piece of black tape over the front of the bus with Kalina's initials on it.

Rolufs said the outpouring of love he and his family have received has been a humbling experience.

"As painful as it is, it's beautiful how it has transpired," he said.

Underwood said Kalina took his job to the next level and he his consistent positive energy will be missed.

"He was what you would hope for in a human being," he said.

Both Rolufs and Underwood said it was hard to describe Kalina in just one word.