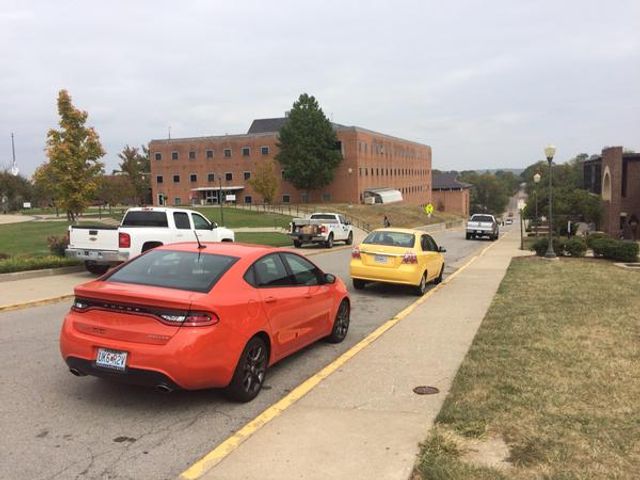 Council members heard arguments during Monday night’s meeting . The proposal would allow an agreement between the city and Lincoln University to close Chestnut Street from Dunklin Street to Atchison Street from 8:30 to 5 p.m. Monday through Friday. Atchison Court would also be closed.

"I really think it would be an improvement walking on campus. The rest of the classes are between the University center and Chestnut," said Marc Lewis, a student at Lincoln. "You can really get to your classes more expediciuously. You really won't have to wait for cars or worry about getting hit."

But some nearby residents aren’t as happy about the proposed change.

One resident living near Chestnut Street, Michael Vangundy, said, "For us living here, it would be an inconvenience. Going to work or any place downtown, being able to get on Chestnut, it's really handy to be able to do that."

The potentially affected section of Chestnut Street sees about 2,200 vehicles per day, and about 700 of the cars are not associated with Lincoln University, according to Jefferson City Public Works.

Vangundy said it would add about five to 10 minutes to his commute to work each day.

If the ordinance passes, Lincoln University would be required to provide electronically operated gates using its own funds.

Matt Morasch, Jefferson City Public Works director, said "If it were to go into effect, obviously there would be no cars flowing down the street. This street kind of runs throught he middle of campus, and right now there are cars that move through there that need to pay attention.

Lincoln University said it has the funding for the gates, and will work to pay for a drivable plaza to accommodate emergency vehicles, deliveries and tour buses.

Vangundy said he once lived near the University of Nebraska, where the campus was closed in a similar fashion. But he said he disagrees with the proposed change even though he sees the other side.

"I think I can live with the decision if our voices are heard," Vangundy said. "It's a split betweent the inconvenience of the residents and the safety of the students, I understand."

MU has a similar ordinance in effect and has so for decades. Public Works Information Specialist Steve Sapp said the move helps keep drivers and students safe.

"Anytime you remove cars from where people are, that increases safety," Sapp said.

Lincoln University has a little over three thousand students compared to higher numbers at MU, but Morasch said the safety measures still apply.

"It would divert traffic. This is a high-traffic area during the change of classes," Morasch said. "It's not unlike other campus' situations. Other campuses do close streets, especially during daytime hours."

The next hearing and potential vote for the proposed change will be Oct. 19 at the Jefferson City Council meeting.