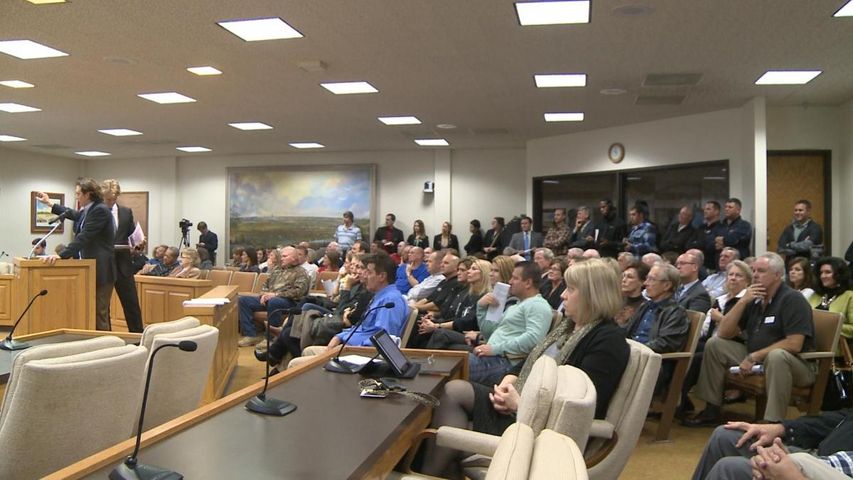 JEFFERSON CITY - While there are two proposals for a new conference center, the Jefferson City Council only heard one at Thursday night's meeting. Representatives from Farmer Holding Company presented their plan to the council, but the Ehrhardt Hospitality Group was absent.

Nearly every seat was filled at Thursday's meeting. When FHC's Kirk Farmer asked those in support of his company's plan to stand, over half of those in attendance stood.

Jefferson City would contribute $9 million to the new conference center. The council will hold two public hearings: the first November 12 at noon and the second November 14 at 5:30 p.m. Both will be held at the John G. Christy Municipal Building.