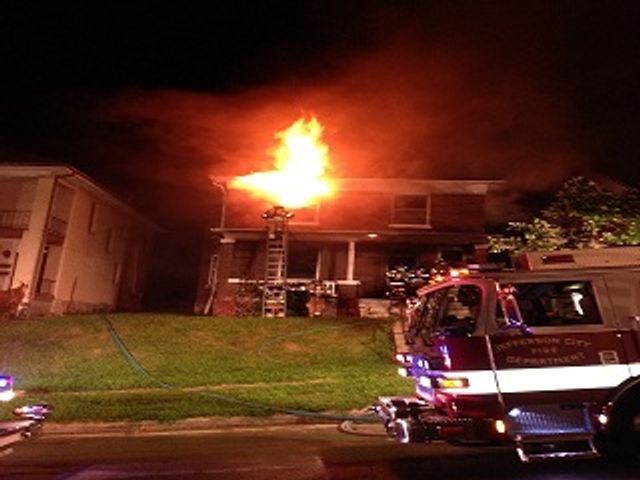 The fire was reported around 12:45 a.m. Tuesday and required the Jefferson City Fire Department to call in additional units. The fire gutted the home.

The fire department said it used between 47 and 50 thousand gallons of water to put the fire out. Firefighters had to back off because the blaze was too big to handle.

The department said no one was in the home at the time of the blaze and no injuries have been reported. No cause has been determined, however Jefferson City Fire Department and Police Department will investigate the incident all day.